Abbey Road Institute Amsterdam student Tyler Jones visited the legendary Rockfield Studios with us. But for him this trip was extra special. He was happy to write an article about his experience, which we are sharing with you. Read more below!

Deep in the countryside of Monmouthshire Wales, just 8 kilometres from the center of the town of Monmouth, lies a sleepy serene farm homestead. This plot of land is owned by Kingsley and Charles Ward, two brothers whom in the year of 1964, started converting their family-owned farm into a place in which they could record their own material without dealing with the mainstream recording industry. Starting their studio in the main farmhouse attic, Kingsley and Charles expanded their plan, occupying the horse stables, carriage house and providing sleeping accommodations which would give them the title for establishing the first residential recording studio in the world. They called it Rockfield Studios, named after the town small up the road. Rockfield Studios would then live on to be the home of where countless, legendary recordings were produced and seminal albums were made. Bands like Oasis, The Stone Roses, Queen, Coldplay, Black Sabbath, Rush, and Motorhead to name just a few, would go on to change the musical sculpture for generations to come. I guess you could say in some way that Rockfield was the stepping stone for a lot of bands careers.

Bands who would become very successful, carrying on the legacy that put Rockfield on the map. Rockfield has maintained a high reputation for being a breeding ground for not only Rock n Roll, but also for New Wave and Punk, and still to this day is operating and housing new and upcoming artists.

“For me this was more than a trip, it was a pilgrimage to one of the most important establishments for all things Rock n Roll.” – Tyler Jones

I was lucky enough to journey out to these sacred grounds through the arrangements of the Abbey Road Institute in Amsterdam where I’m currently studying. When I first heard the
news that we would be visiting the legendary studio, I was stunned. I remembered five years ago I wrote a paper for a class project, which was to describe a place where someday I would like to end up or possibly receive an internship. For me this was more than a trip, it was a pilgrimage to one of the most important establishments for all things Rock n Roll. It was an intense experience to finally get to visit the legendary site. 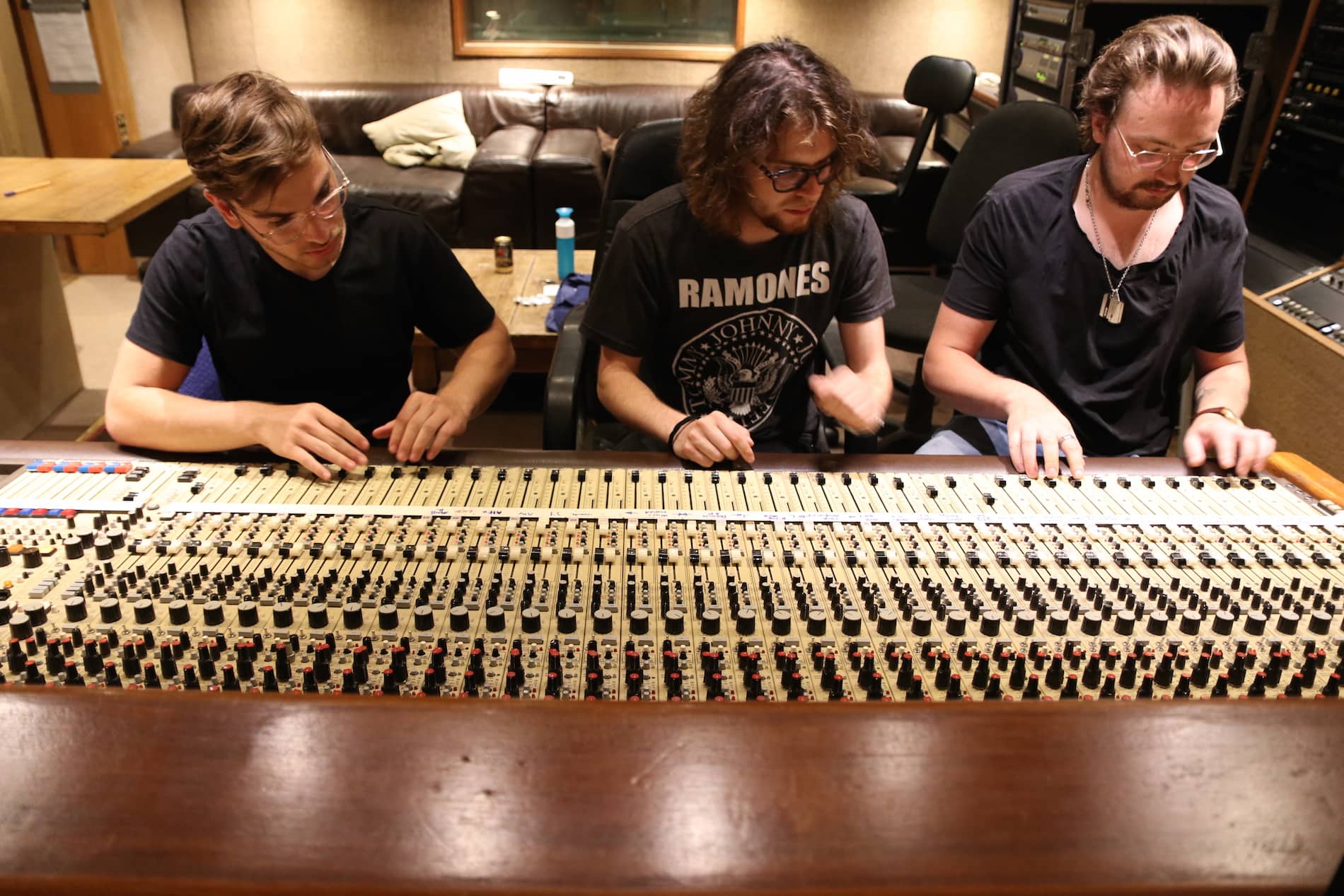 We arrived shortly before sundown. The moment I stepped out of the car after a long 10-hour drive, I was greeted by the sounds of sheep, horses and the smell of the crisp country air. It was just peacefully intoxicating. You could almost feel the spiritual presence of the greats who were there before me. It was almost as if I’ve been there before. I felt as if I was catapulted to a different time in the past. I was truly walking in the footsteps of greatness, living the dream. As we gathered our bags and walked inside, we were greeted by some of the family members who prepared us a plethora of food and drink which we consumed on picnic benches overlooking the lush Welsh countryside. I knew there was definitely something special about this place but I couldn’t exactly put my finger on it, it was just a feeling. The surroundings alone were enough to spark inspiration.

The next day: with Matt Butler

The next morning after our breakfast we were introduced to Kingsley who gave us a tour of both studios and the echo chamber. Throughout the tour, Kingsley showered us with priceless once in a lifetime stories. It was surreal to stand in his presence and listen to all of the things that took place there. Later on in the day, we were brought into Quadrangle studio to be introduced to producer and mixing engineer Matt Butler. Matt, a legend himself, has worked with countless artists such as Paul McCartney, Steve Winwood, Mick Jagger, and Dire Straits. He gave us a master class discussing techniques, organization, set up and workflow, opening our minds to what it takes to master the art of recording. It was definitely eye-opening listening to Matt talk about what is required during a session, how to maintain a professional environment and that 80% of a recording session relies on psychology. Later on that night, we started setting up gobos and organizing ourselves. I mean how often do you get to roll a Marshall Cabinet on a handmade wooden dolly, up to a gravel driveway and into the same studio Queen recorded Bohemian Rhapsody? The excitement was indescribable. After a few pints of Guinness and some delicious food, we all retired back to our sleeping quarters to get a quiet nights sleep.

The next day the class was split up into two groups to record two bands. I was lucky enough to work with Matt in the Quadrangle studio, experiencing a long hard day working with the musicians. Matt really left the session up to us. He was there to provide advice, and most importantly he kept us all busy, giving each of us different tasks throughout the session. With over 12 hours in the studio and two songs fully recorded, you could say that a whole day recording session turned out to be a success. When the night started to fall and the stars came out, all of us retired back to the picnic benches to end the night with a few laughs and some drinks. I remember just walking around a bit with the rest of my classmates and ended up finding myself in the gravel parking lot surrounded by the barn lights and thinking that it was all yellow like the song describes. It was bliss as if none of us wanted to leave. It truly felt like home.

“I mean how often do you get to roll a Marshall Cabinet on a handmade wooden dolly, up to a gravel driveway and into the same studio Queen recorded Bohemian Rhapsody?”

I will be back

When the morning came we all gathered for our last breakfast, saying our last goodbyes and thanks to the Ward family. I remember getting in the car with the sun shining bright, taking our final descent down the long driveway as the Ward family gave their last waves. Without doubting we turned up Oasis on the stereo and drove off back through that gorgeous Welsh countryside. It was hard to leave not knowing when I would ever be back but the important part was that we actually had the opportunity to step foot on this historic site. Thanks again to all those of the Rockfield community for giving us all an experience of a lifetime.

Thank you Tyler for sharing your experience with us!

And a collection of pictures below giving an impression of this amazing weekend: 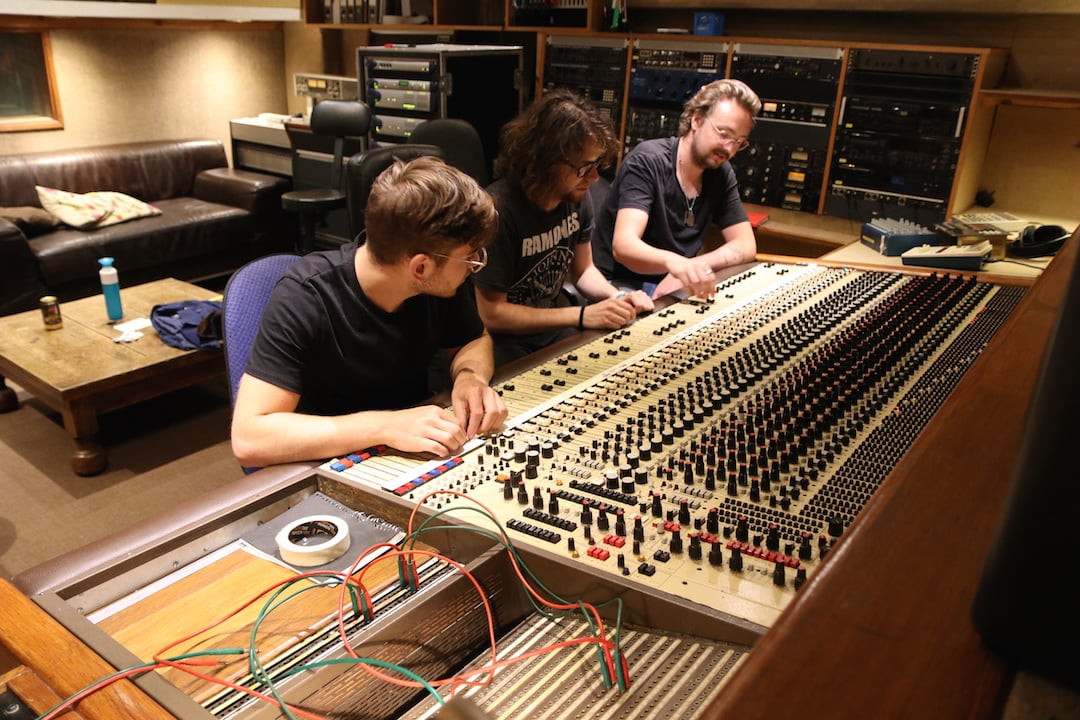 Students in the Quadrangle studio

Chillin’ in the backyard at Rockfield studios 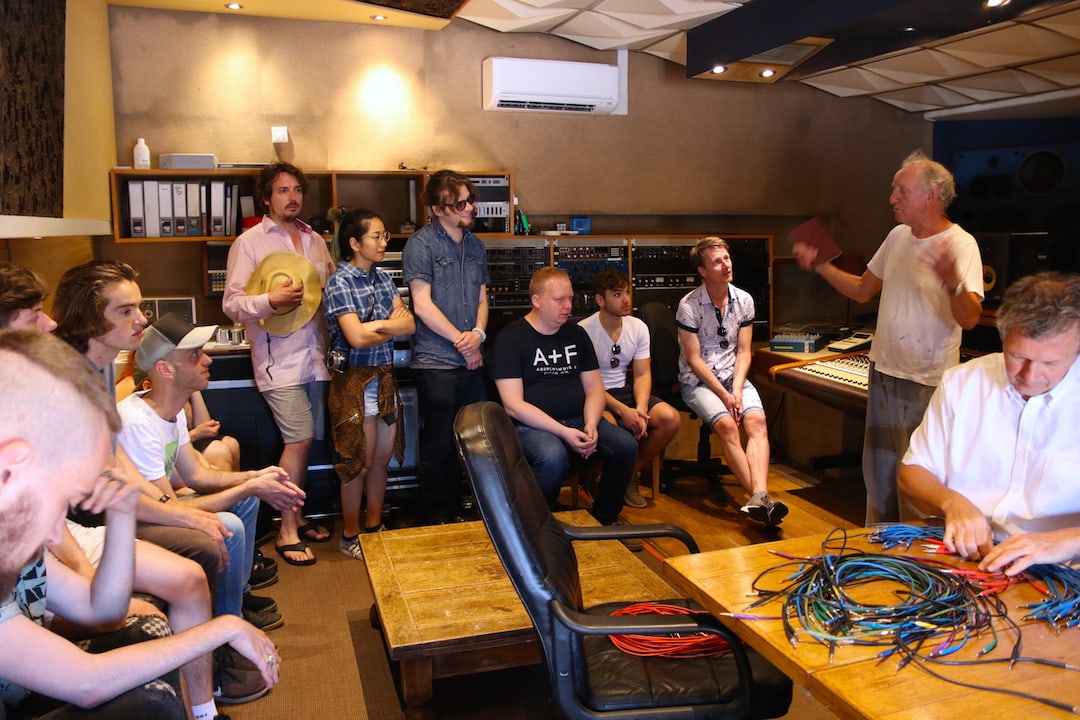 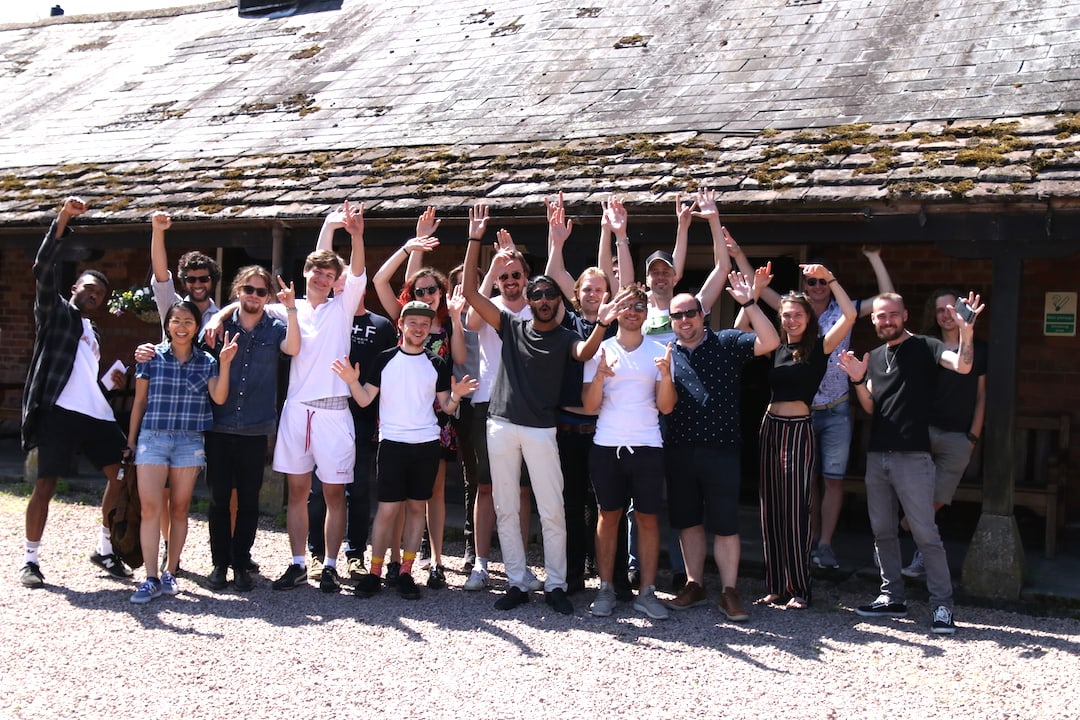 The whole bunch at Rockfield. It was a magical weekend. 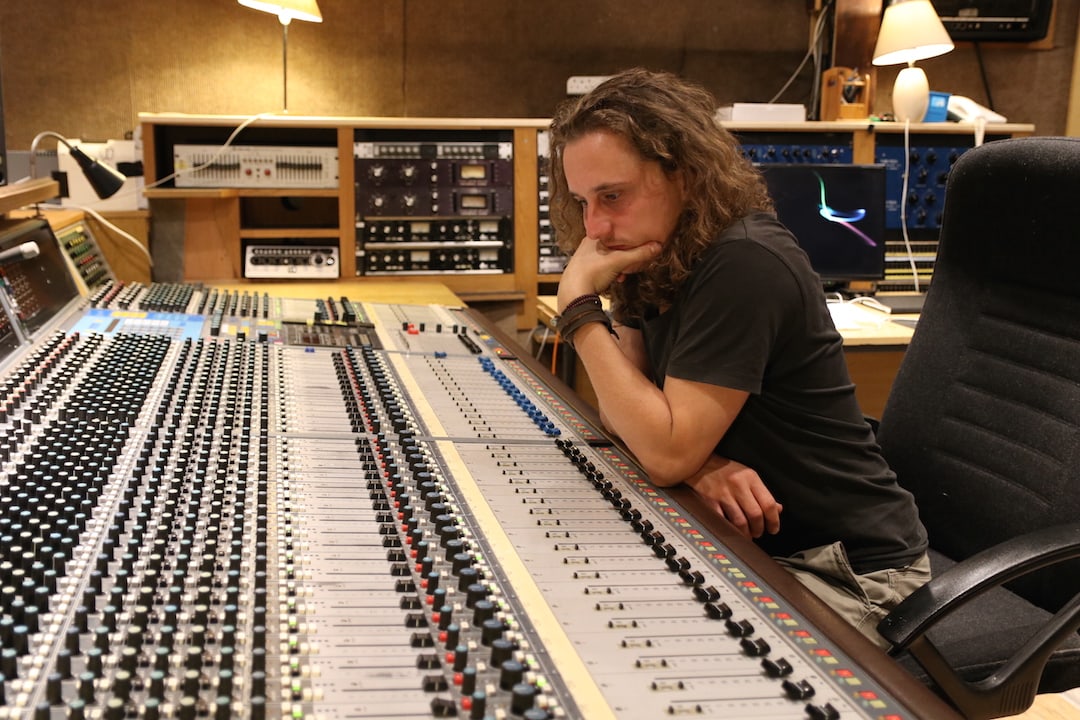 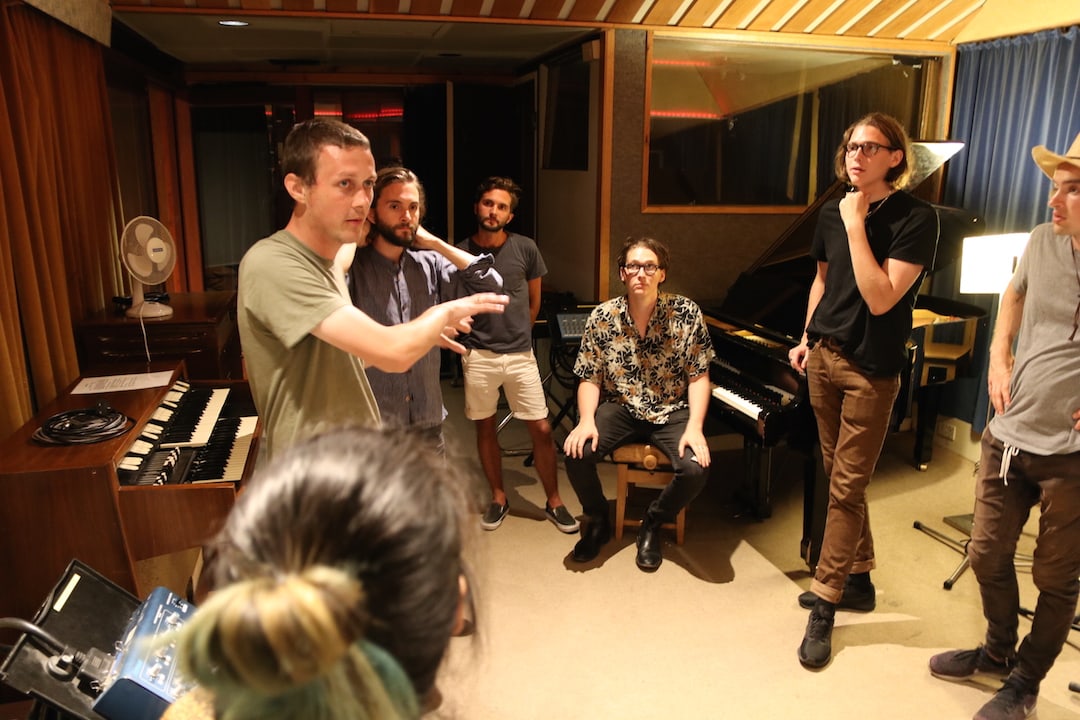 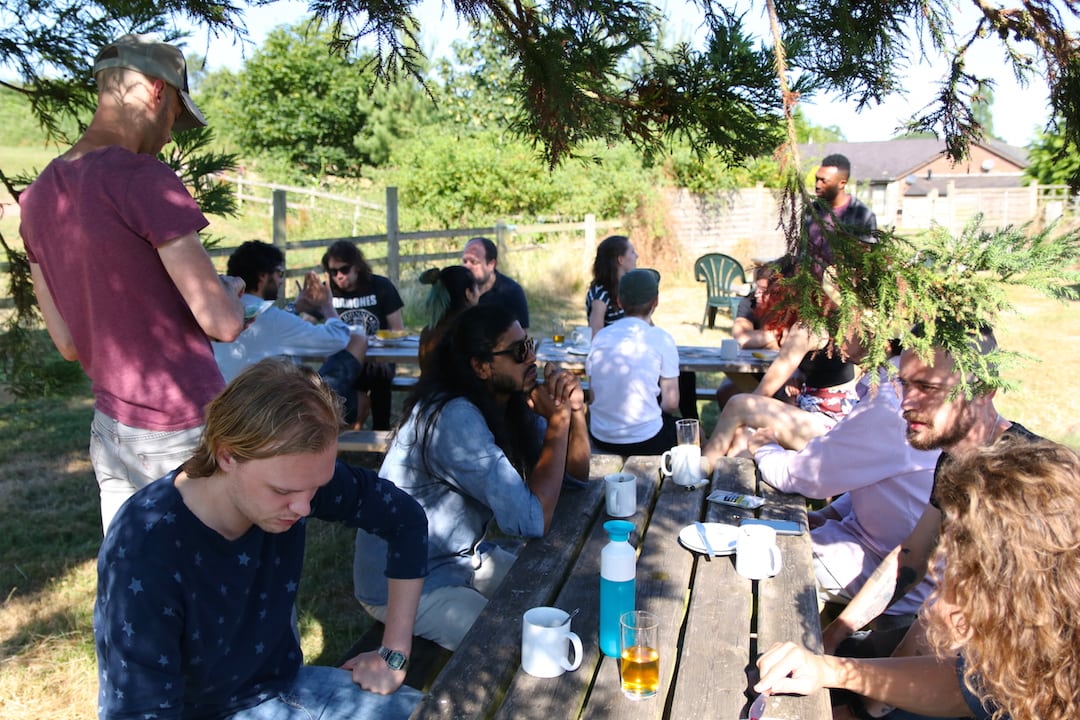 The weather was perfect. Backyard at Rockfield Studios 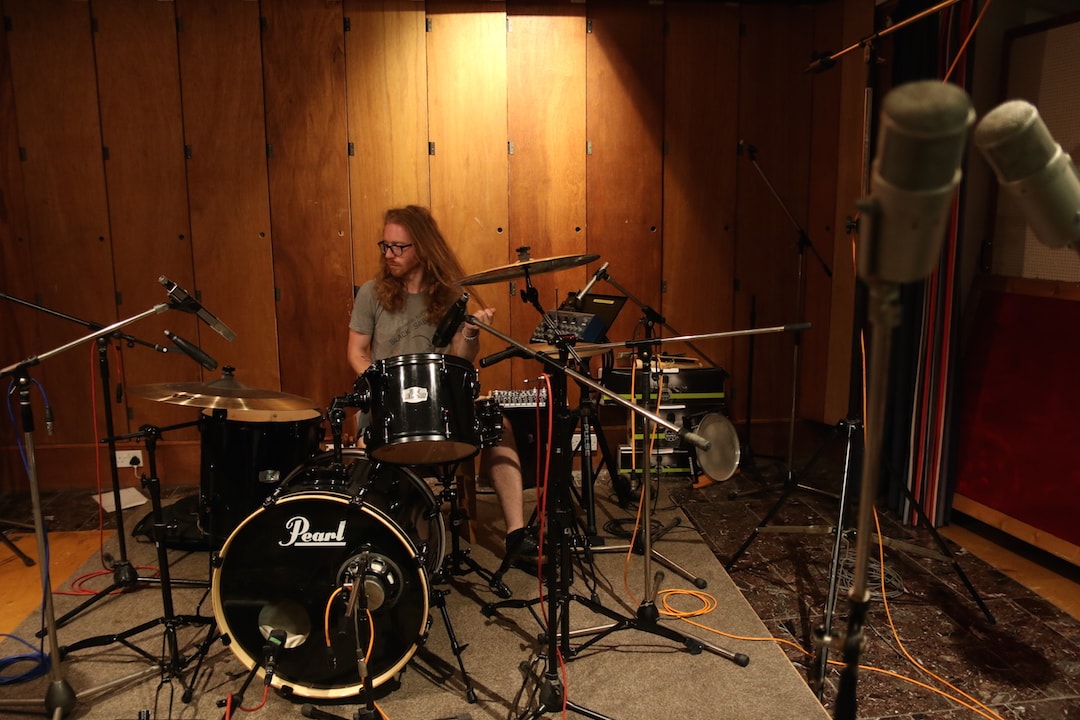 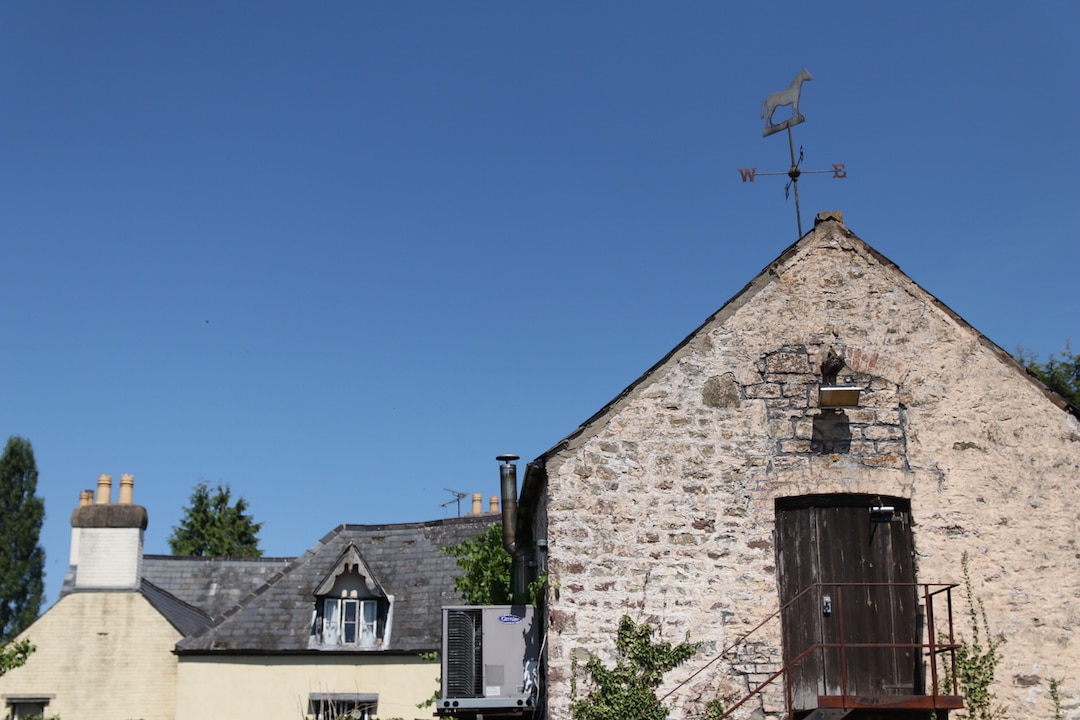 Anyway the wind blows, doesn’t really matter to me, to me 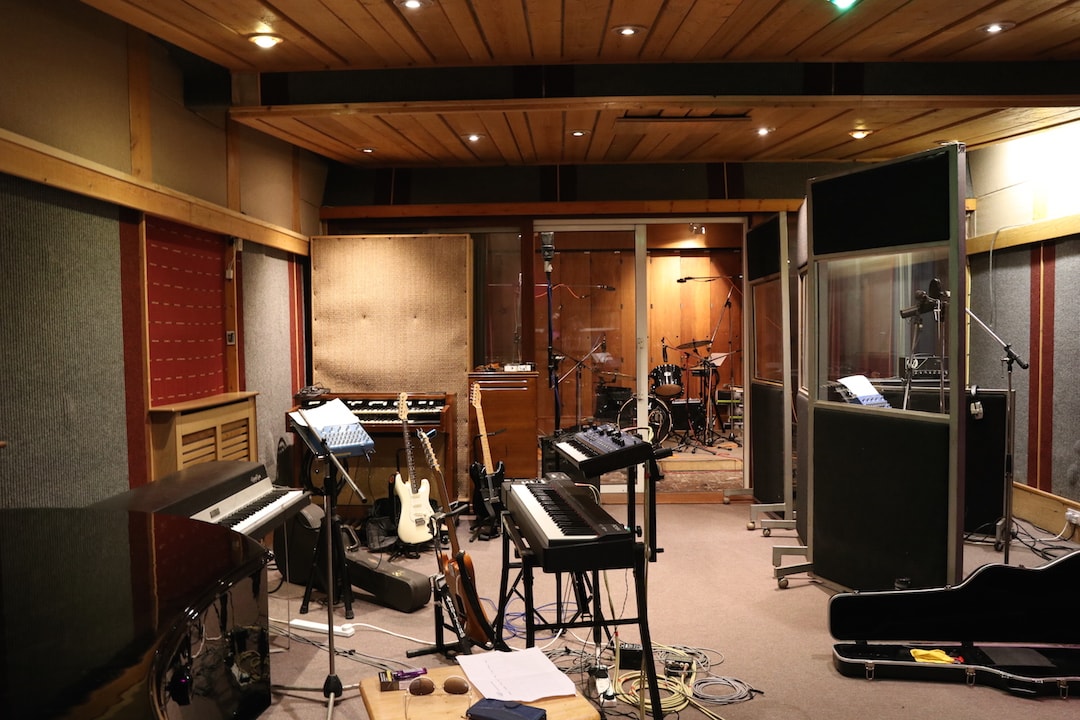 Queen recorded in this liveroom 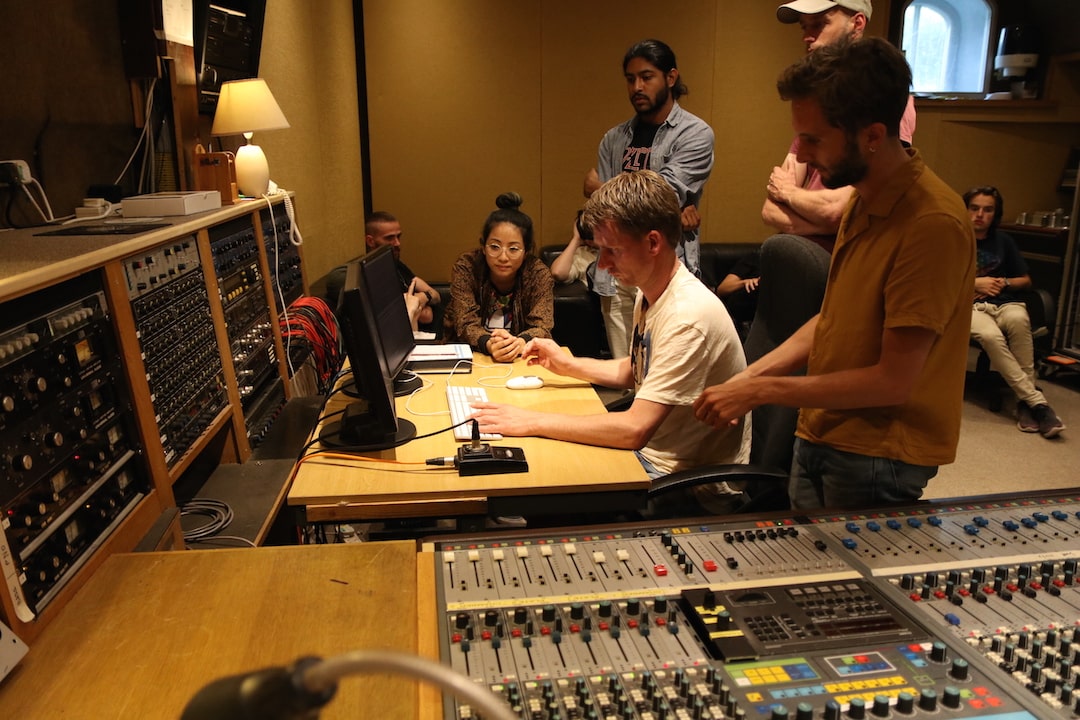 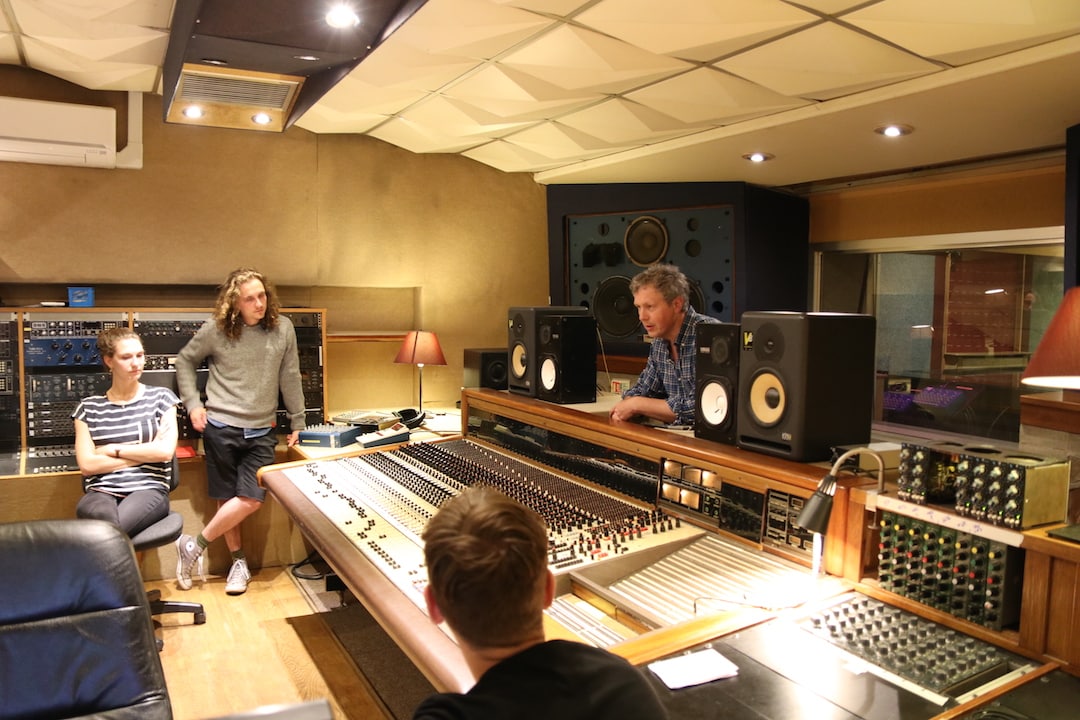 Meet us at EMME 2018
ADE at Abbey Road Institute Amsterdam
Download Prospectus
Download the prospectus for our course: Advanced Diploma in Music Production and Sound Engineering.
Categories
Recent posts
02/12/2020
My favourite album
Read article
23/07/2020
Meet our Alumni: Bruno ‘Rex’ Paulo Cerecero.
Read article
22/05/2020
Our must-watch Music Documentaries overview
Read article
This site uses analytical cookies to improve your experience on our website. You can read more about our how we use cookies in our privacy policy. Please accept to confirm we have your permission to place additional tracking cookies:YesNo