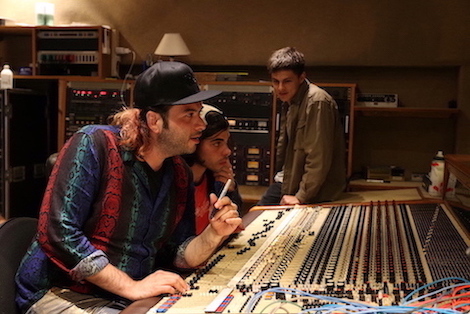 Bruno Cerecero – with the moniker Bruno Rex – is an Amsterdam based Pop Writer and Producer, who graduated from Abbey Road Institute Amsterdam in 2019. Originally from Mexico, Bruno began his career playing live shows and writing songs alongside his other non-musical activities.

Bruno managed to get his first Top 40 on Mexican radio with the advise from the team at ARIA.  He is currently working with a variety of international artists. Bruno has a dozen or so planned releases in the styles of Mainstream Pop, Urban, Latin and EDM. Most of which he has worked with both major and independent record labels. He even recorded and produced a few of his upcoming releases Abbey Road Institute Amsterdam.

Later on this year, he is launching his dance artist project REXCEE as a way to put all the pieces together!