In April this year, we had the honour of having the legendary Al Schmitt at our school in Amsterdam. For Abbey Road Institute student Ethan Frantz, it was a dream come true. We asked him if he wanted to write about this once in a lifetime experience, which he wholeheartedly did.

By Ethan Frantz, edited by Tom Frantz and Yves Coudron

When I was 12 or 13 years old I was introduced to the world of mixing and recording. It didn’t take long for me to catch the bug, and it quickly consumed my life. I started listening to music differently, and I began appreciating more variety, and at the same time discovering and analysing how things were recorded and how the instruments were placed in the mix. I also started to think about what made some recordings stand out from others, and I learned about the roles of recording engineers and producers. The people behind the productions inevitably became my idols.

It didn’t take long for me to learn who Al Schmitt was and ever since the first few tracks I listened to, my mind has been blown countless times by how open and natural his work is.
Because Al has been at the top of my list of engineers and producers I’ve admired, it seemed too good to be true to have the chance to meet him at Abbey Road Institute.

That morning I was sure to leave early. I wanted to see the man do his thing as much as possible. When I got there he was in the live room moving microphones around and making sure that the room was adequate. Since he’s famous for getting his sound through mic placement, that was a really awesome thing to watch him do. Then he came into the control room and introduced himself (as though his reputation was unknown to everyone in our class) and then we jumped right into a recording session. To see how he had the console set up and how he was actually mixing. It was also interesting to see how he communicated with musicians and led everyone through the session. It’s a hard thing to grasp for many engineers today, but Al hardly if ever uses EQ or compression. As Al explains: himself “Maybe just a little bit to add some colour of the tubes. I don’t really care about things like EQ because they always create phasing problems. All you need is a couple of good mics and to know where to put them. Once that’s done, you pretty much have your entire mix, faders at zero. But you can’t do that with any mic though. You really need the good ones.”

Al brought along some multi-tracks for a bunch of great sessions, we opened up Steely Dan’s “Peg” and Sinatra’s “Come Fly With Me”. Everyone got an opportunity to take a seat behind the console and make a quick mix. Al leaned back in his chair and listened carefully, ready to give feedback and advice to anyone who consulted him. Working with a musical legend might seem very intimidating, but because of his kind and gentle nature, in the end, it seemed more of a hangout with Al than anything else.

(read further below the picture)

A post shared by Abbey Road Institute Amsterdam (@abbeyroadinstnl) on May 3, 2018 at 6:14am PDT

As it was a unique chance to meet arguably the best recording engineer in history, all the seats were taken in the Q&A session and a lot of us had questions. Having looked forward to Al’s visit for weeks, I had a lot. I finally settled on this one: “with today’s technology, if you could redo one of your projects which would it be?” “Everything!”, he replied. He answered questions for anyone who had them and he also shared some wild and behind the scenes stories that only a person with a long storied career of working with legendary musicians could accumulate.

(read further below the picture)

I wish I could play.

I had the chance to talk to Al one on one for a bit. He has to be one of the nicest, funniest, most genuine people out there. He has a great sense of humour, he’s unbelievably sharp for his age (88), and he’s someone whose presence fills the room with inspiration. The whole day was a dream come true for me, and I’m forever grateful to the Abbey Road Institute staff for arranging it. 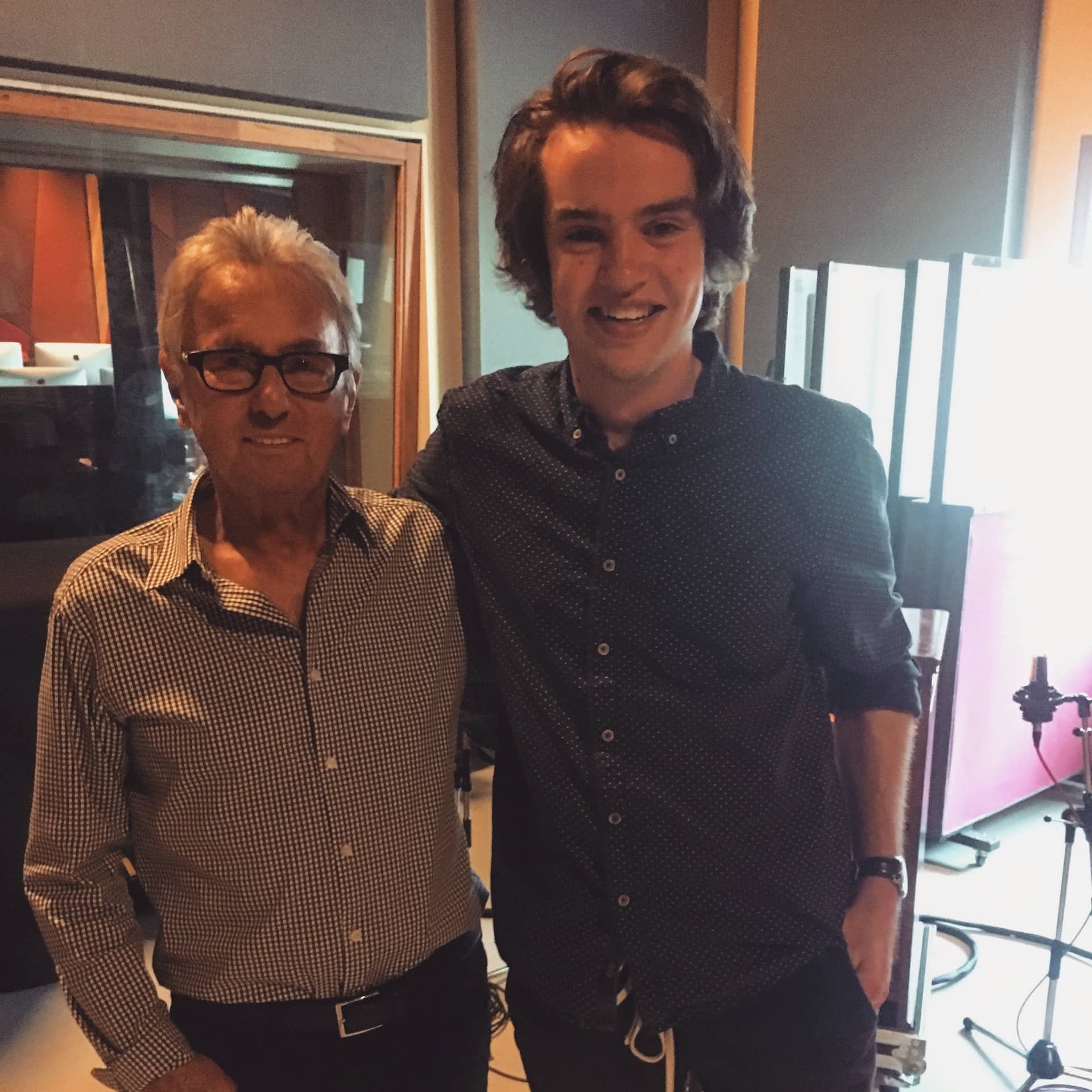 Read more about Al Schmitt in our blog post