A combination of knocking-the-right-door and luck brought him his first studio job and from there on he gradually moved on to becoming a well respected mixing engineer, working on outstanding albums and with leading artists. For the second edition of the Serious Sound Sessions series, we welcomed Matt Wiggins (UK) at our Amsterdam facilities, for a live-streamed masterclass, with the title “Mixing & Creative Decision Making”, powered by Universal Audio.

Matt came up with the idea to use a recording session from one of our students for the live-stream. He would mix and produce the track, to then analysing and discussing the whole process during the masterclass. We thought this was a brilliant idea! Abbey Road Institute student Jermaine from Rotterdam offered the latest track of his band The Lunar Energy for this unique event. The very soulful retrofuturistic sound of their band (or as they call it: ‘a funky blend of electronically loaded R&B Soul Synthpop’) created the perfect playground for Matt’s masterclass for Serious Sound Sessions.

How did he prepare for the mix session, what’s his approach to mixing and production, and how did he make his creative decisions during the whole process? Valuable questions that Matt all answered in the edited videos of the live stream, including additional interview material, available to you on our dedicated Youtube channel! If you want to learn more about mixing – even if you only understand the basic principles, or if you want to improve your mixing and production skills and learning some cool tricks from a different perspective – the videos are definitely worth the watch.

To make it a bit more convenient, we have divided the 1-hour stream into two separate videos. You can find part 1 and part 2 below. Enjoy!

In this part Matt Wiggins talks about:

In part 2 Matt Wiggins talks about:

Matt is a mixing/recording engineer and producer based in the UK, and not just any. After studying music technology at Salisbury College, he developed his skills within Miloco Studios working with a number of leading producers including Paul Epworth, Ben Hillier and Spike Stent.
The variety of recording and mixing sessions enabled Matt to hone his skills using a diverse range of recording equipment from the classics to the bizarre.
In 2011, Matt began engineering full time for Paul Epworth, leading to projects in the UK and stateside including Paul McCartney’s ‘NEW’, Adele’s award-winning ‘Skyfall’ and the Foster the People LP ‘Supermodel’. Since then Matt has worked on outstanding albums and with artists like U2, The Stone Roses, Lorde, London Grammar and The Horrors, just to name a few. He also engineered and mixed tracks on the Glass Animals album ‘How To Be A Human Being’ which won this year’s MPG Album Of The Year award and for which Matt was nominated as Recording Engineer Of The Year.
As well as engineering with Paul Epworth at The Church [Epworth’s studio], Matt recently set up his own studio at Strongroom for mixing and production duties.

An initiative where sharing knowledge and inspiring experiences are facilitated, with a passion for music, while supporting the firm belief that we are all learners AND teachers. Abbey Road Institute Amsterdam is partnering up with influential organisations and inspiring brands that share the same ideas and beliefs.

“Building a creative hub and establish a community where sharing knowledge and experience is facilitated and the principles of lifelong learning are supported.” – Serious Sound Sessions

Matt and Jermaine (student at Abbey Road Institute) mixing the track from The Lunar Energy. 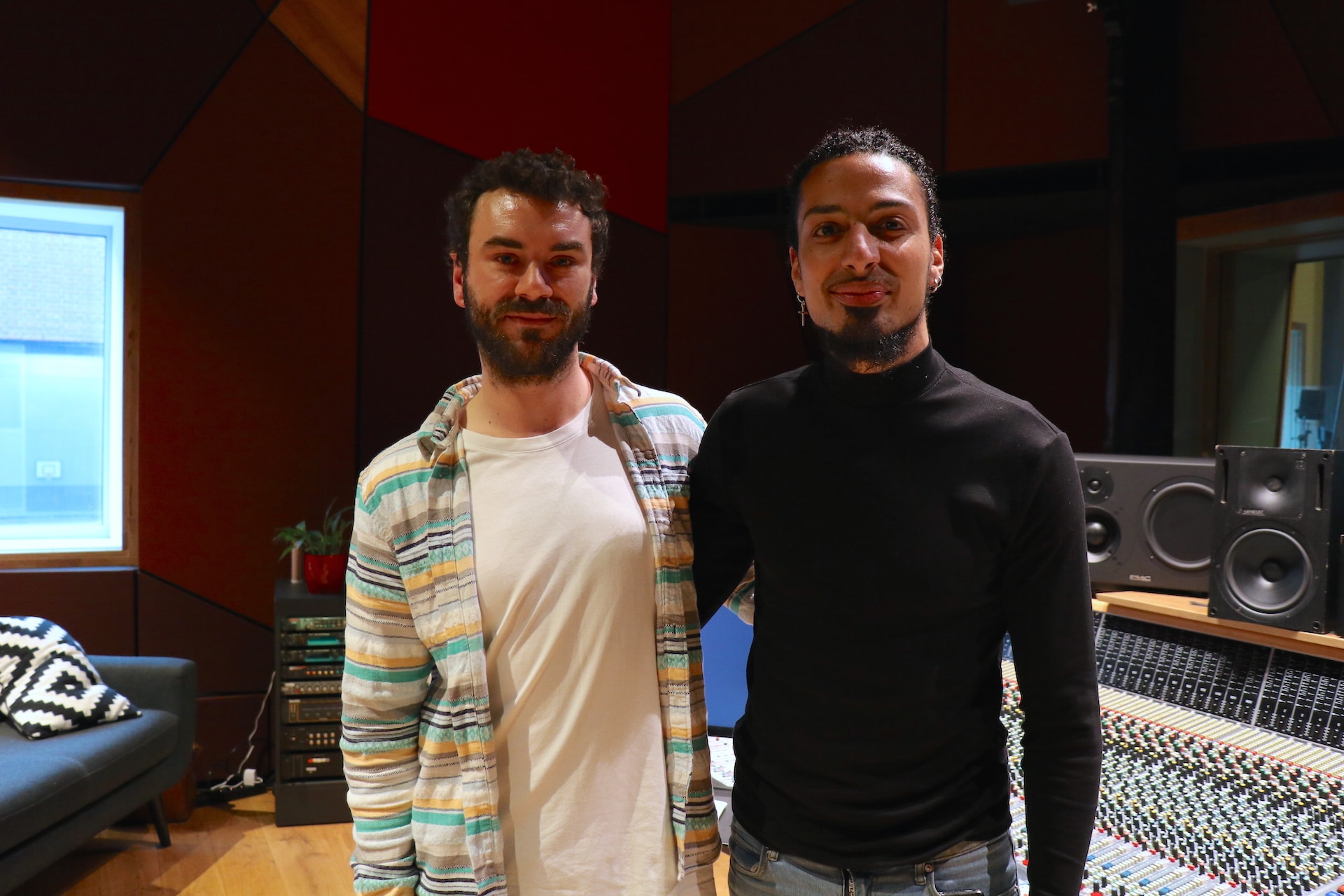 After Abbey Road Institute: Dieter Boels
A dream come true. Meeting the best recording engineer in history.
Download Prospectus
Download the prospectus for our course: Advanced Diploma in Music Production and Sound Engineering.
Categories
Recent posts
13/05/2021
Meet our Alumni: Gilles van Wees
Read article
23/02/2021
Educational design with Roel Verberk
Read article
02/12/2020
My favourite album
Read article
This site uses analytical cookies to improve your experience on our website. You can read more about our how we use cookies in our privacy policy. Please accept to confirm we have your permission to place additional tracking cookies:YesNo