We are back at Dancefair 2019 again, the annual event in Utrecht. Besides our usual inspiring suspects, we will bring fresh new guest speakers for our masterclass program.

Come visit us at Dancefair 2019! Besides our highly valued series of workshops and masterclasses, we also have a booth at the Pro Audio Summit section of the event. Learn, share, get inspired and meet the Abbey Road Institute staff to get your questions answered.

Below you will find the quick program overview of the Abbey Road Institute masterclasses at Dancefair 2019 to start with, followed by detailed descriptions and additional links.

THE BENEFITS OF SIDE-CHAIN COMPRESSION BY NICK RIBBENS

Side-chain compression can be the difference between a flat, lifeless mix and an adrenalised floor-filler. You decide first which one you prefer. Side-chain compression is a key element in music production nowadays, especially in electronic music. But what exactly is sidechain compression, how does it work, what can you do with it and how can you apply it to your mixes? Questions, questions! Nick has answers.

Learn from Abbey Road Institute lecturer and producer Nick Ribbens on how and when to use side-chain compression to create more room in your mix and how to create groove & rhythm.

About Nick: Nick Ribbens is a songwriter, producer and mix engineer from Dutch origin. He started out his music career as a drummer at a fairly young age, playing with various bands and artists. Eventually Nick moved on to working full-time on writing, producing and mixing projects for Sony, Universal and Cloud9 under the name Giraff. Recent projects he has been involved in are Top40 hits with BLØF, Ed Struijlaart and Rondé.

In his workflow Nick prefers combining both digital and analog equipment, and has a special interest for old skool (toy) keyboards from the 80’s. Besides being locked up in studios, Nick has also embarked on multi-city tours as a DJ throughout China.

The Pop approach to mixing by Huub Reijnders

Pop music and Electronic music; for quite some time they’ve been perceived as different genres including the production workflow. However, nowadays, they are totally intertwined with each other resulting in a rich variety of radio and dancefloor killers. This year we bring Huub Reijnders to the stage, talking about his work and sharing his mixing workflow with you. As one of the most popular mixing engineers in the Netherlands, he has worked on many pop albums ranging from famous pop bands to electronic pop artists. What are the differences and similarities when it comes to working on these genres, how do you deal with individual tracks recorded in different studios, how do you approach the mixing process and how does it all sound in the end. Join us at Dancefair where Huub will explain all this while deconstructing the mix for the band Made in June and their latest single ‘Friday’. 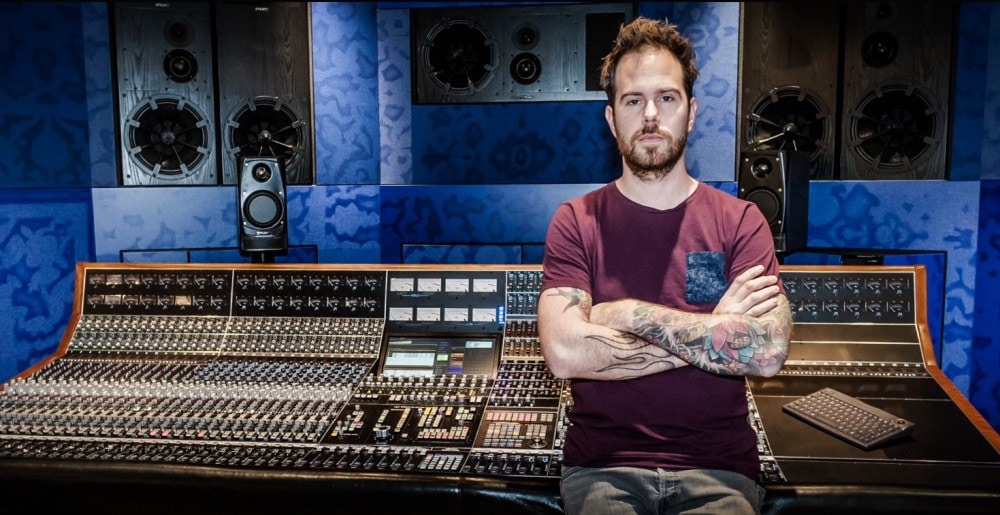 About Huub: Huub Reijnders is a multi-talent in the studio. He is a recording & mixing engineer and producer at the same time, making him a popular and highly-requested mixing engineer in the Dutch music scene. He has worked with many artists in his career: Bløf, Guus Meeuwis, Acda & De Munnik, Jett Rebel, 3 Doors Down, Damian Marley, Giovanca, 50 Cent, U2, The Scorpions, Simon Feenstra, The Kaiser Chiefs, Made in June, just to name a few. Huub is also a popular guest-lecturer at Abbey Road Institute.

Recent work from Huub Reijnders, for which they won an Edison:

From stereo to Stem Mastering; secrets for Bass Music by Scott Banks

In this Masterclass, Scott will be breaking down the techniques, workflow and plugins he uses to get the best possible results when stem mastering tracks in-the-box, as well as discussing the benefits of working fully digital versus a hybrid/analog set up.

You will get first-hand insight into the benefits of using stems for maximum clarity and depth (instead of stereo mastering), the benefits for working in-the-box, compression techniques, Kick/Bass relationships, adding excitement and/or clarity to drums, shaping your synths, mastering the vocals and final stereo bus processing tips. Are you aiming for exiting low ends, consistent midranges, maximum loudness and subtle pumping? Meet Scott at the Abbey Road Institute area during Dancefair! 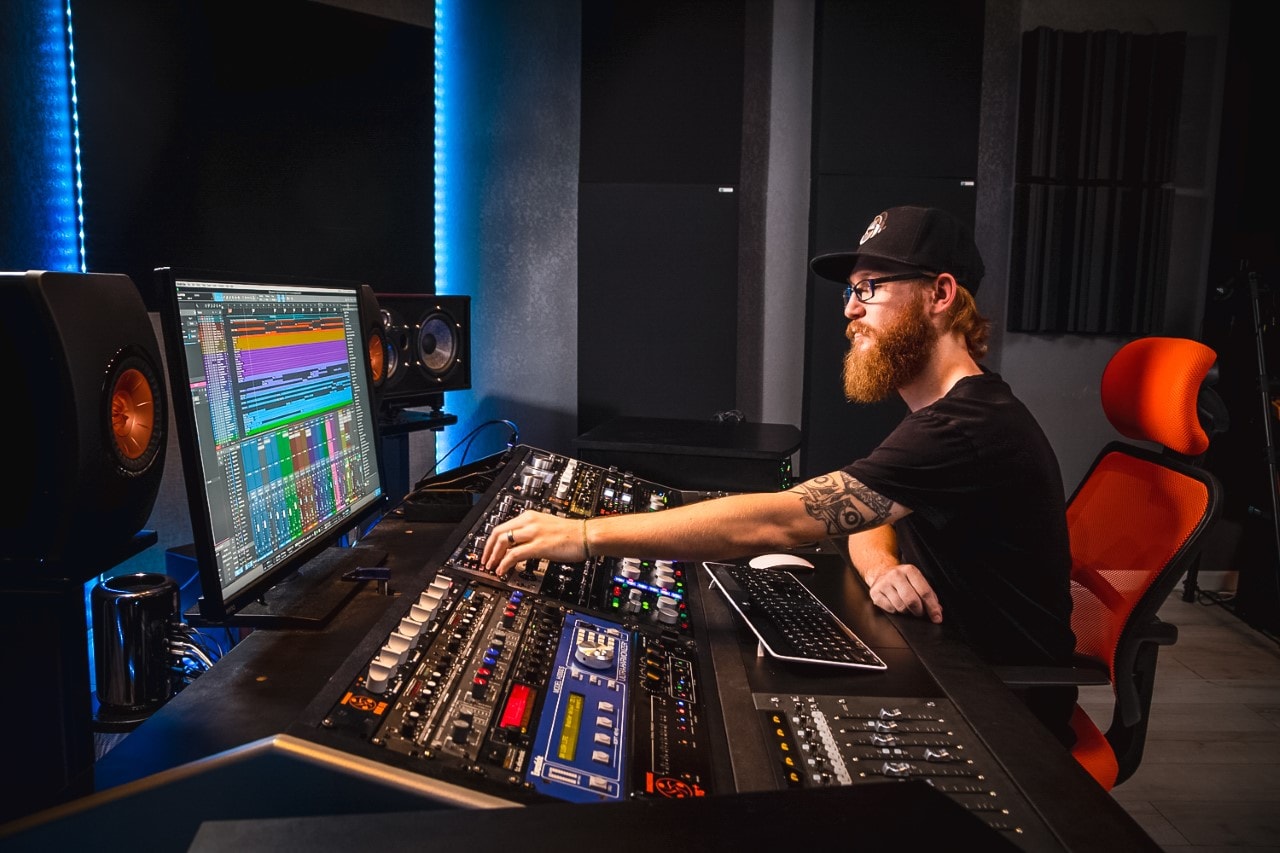 Scott Banks will come to Dancefair for Abbey Road Institute

About Scott Banks: Studio DMI’s Mixing and Mastering Engineer Scotty Banks is bringing back the artistic integrity to electronic dance music in the studio and honing his skills with his mentor; Grammy-nominated engineer Luca Pretolesi.

Spread them! adding width and depth to your productions BY ROBIN REUMERS

Saturday 16th of March 2019: 16:00 – 16:45 ·AREA ABBEY ROAD INSTITUTE
Part of the magic of a song is pulling the listener into a different world — creating the illusion of the space only adds to that effect. Truth be told, a production that has width and depth creates for a compelling sound. Robin Reumers, audio engineer and director of Abbey Road Institute Amsterdam, will show you tips and trick on how to create that width and depth in your productions. By the end of this masterclass at Dancefair, you will know what you need to do, when you need to do it, and how to do it.

About Robin Reumers: Robin Reumers is an audio engineer and the Director of Education for the Advanced Diploma in Music Production & Sound Engineering. He started his career in the U.S., where he became the right hand of renowned mastering engineer Bob Katz. There he mixed albums for bands such as the Martin Harley Band and was a mastering assistant for albums ranging from Motorpsycho to Hector Lavoe and Celia Cruz. He ended up working there for 3 years after which he moved back to Europe. He then started working at Galaxy Studios for 7 years after which he decided to build his own studio in Amsterdam. He recently mixed songs of the album from Latin Grammy nominee Paula Arenas.

CREATIVE DECISION MAKING IN THE PRODUCTION PROCESS BY NICK RIBBENS

Interested in learning more about production or in improving your mixing and production skills? Learn some cool tricks from producer, engineer and Abbey Road Institute lecturer, Nick Ribbens. By deconstructing his Top40 collaborational track “Zachtjes zingen” with the band BLØF, he will demonstrate what his approach is to writing, producing and mixing. Nick will walk you through his process of creative decisions making!

About Nick: Nick Ribbens is a songwriter, producer and mix engineer from Dutch origin. He started out his music career as a drummer at a fairly young age, playing with various bands and artists. Eventually Nick moved on to working full-time on writing, producing and mixing projects for Sony, Universal and Cloud9 under the name Giraff. Recent projects he has been involved in are Top40 hits with BLØF, Ed Struijlaart and Rondé.

In his workflow Nick prefers combining both digital and analog equipment, and has a special interest for old skool (toy) keyboards from the 80’s. Besides being locked up in studios, Nick has also embarked on multi-city tours as a DJ throughout China.

Use tension to create hit records BY BASTO

While working on a production, you realise it does all really start with the song. There’s no one size fits all approach to songwriting and production, but there are definitely ways to give it a boost! Want to find out how to create that tension and the right structure in your arrangement and how to keep it interesting throughout the song? Learn from songwriter and producer Jef Martens (Basto) while he dives into songwriting and production techniques and will share some of his effective tips.

About Jef: Jef Martens – better known by his stage name Basto – is a Belgian record producer, musician and DJ. He is signed to the ARS label and primarily produces electro house music. Jef produced using various aliases such as Bitch Boys, Candyman, Felix Project, and Lazy Jay. He was also a member of the Belgian dance group Lasgo and co-produced with the band in 2009 and 2010 on a number of singles.

Jef is best known for producing the Azealia Banks’ hit debut single “212” under the alias of Lazy Jay. He also produced “Scream & Shout” for will.i.am and Britney Spears in 2012.

The Road to success: Building a team for business in music by Bindu De Knock

If you’re a musician ready to take it to the next level, chances are you’ve considered getting management, a publisher, a label, a booker and you’ve probably started looking for a professional to mix your tracks. It’s true that they can all help open doors for you. But whom to prioritise first and in which order do you build this super team for your musical endeavours?

Music & entertainment lawyer and Abbey Road Institute lecturer Bindu De Knock will talk you through all the stages at Dancefair. How to find the right people for your team, what do they offer, and how will they help you do the most important thing: focus on your music. After all, the team should work for you, not against you – because next to passion and the right team, there’s a lot of hard work that goes into building a music career. The (Abbey) Road to Success!

Bindu De Knock: Bindu De Knock hails from Belgium and is currently working as a lawyer in Amsterdam. Bindu is the founder of the law firm CrossLink Legal and she specializes in Music, Entertainment & Intellectual Property Law having multiple internationally established artists, DJ’s and producers amongst here clientèle.

Bindu is experienced in advising, negotiating and litigating in a broad range of music industry matters and represents Top DJ’s, songwriters, vocalists and other creatives. At Abbey Road Institute and other renowned institutions, she teaches about legal issues for musicians. An active musician and producer herself, she published Noot Voor Noot in 2015, a book that serves both as an introduction to all matters concerning copyright for musicians. Bindu co-hosts the Music Wise Podcast with American entertainer/coach Rhona Bennett (En Vogue)

The current state of AI in Music Production
Feel good indie-music with TRIP
Download Prospectus
Download the prospectus for our course: Advanced Diploma in Music Production and Sound Engineering.
Categories
Recent posts
13/05/2021
Meet our Alumni: Gilles van Wees
Read article
23/02/2021
Educational design with Roel Verberk
Read article
02/12/2020
My favourite album
Read article
This site uses analytical cookies to improve your experience on our website. You can read more about our how we use cookies in our privacy policy. Please accept to confirm we have your permission to place additional tracking cookies:YesNo