An eclectic mix of instruments and musical styles, creating lush, immersive sonic landscapes of feel-good indie music – That’s how producer and musician Ethan Frantz describes the sound of his latest project called ‘Trip’. The debut album ‘A Trip Around the Sun With You’, available on Spotify and iTunes, was produced and recorded by Frantz while he was a student here at Abbey Road Institute in Amsterdam. During this period and with the help of fellow students and friends back home, the songs for the album gradually evolved. After his graduation, Ethan returned to the US dedicating his time and effort finishing the album. We interviewed Ethan about the album, the process and his future plans.

Can you tell us about your new album, what is it about?
Some of the songs have meaning, others really don’t. When writing a lot of the lyrics I reflected on my childhood and growing up, my friends, etc.. But that’s just what it means to me. I just hope listeners will find their own meaning in the songs. If that happens, then it’s mission accomplished for me.

When and how did you start working on your Album?
Making an album was actually my goal for quite a while, going back to my high school period. However, I never really knew what I wanted to do. It was a gradual process. I have started twice before, and my ideas were pretty awful, which felt like it was going nowhere. But then, a little over three years ago I started writing ‘Other Side of You’, and I really liked the direction. That gave me guidance for the rest of it. All I really knew is that I wanted something that sounds and feels positive and uplifting. I wanted to create something that would stand the test of time, and I really aimed to make something well produced covering the whole sonic spectrum. I ended up using a bunch of other projects and ideas that I accumulated over time for the other tracks. I did the entire thing once, and I thought it would be the final cut. I remember one day I was a bit worn out and I was looking forward to listening to my stuff. But when I did, it was a complete disappointment. I decided then I was going to redo it at Abbey Road Institute. 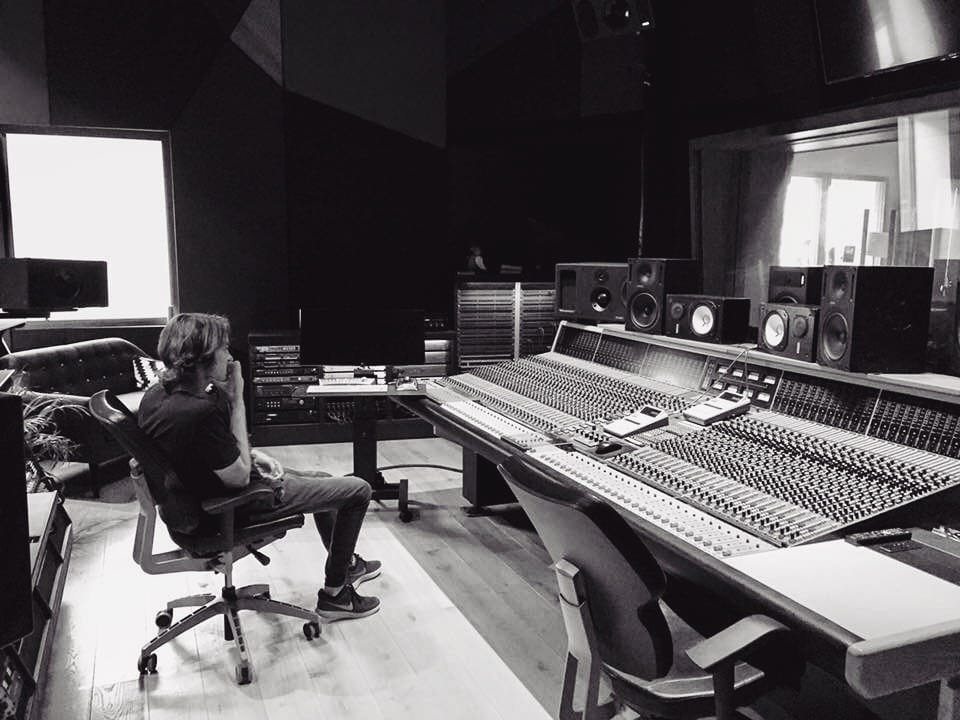 Ethan Frantz (TRIP) in the studio at the Institute

Tell us a bit more about the whole process, how did it go?
Doing a whole album myself is probably one of the hardest things I’ve done. Playing all the parts in the studio while recording at the same time is a challenge in itself. I found that the most significant challenges had to do with time. I had to be very creative making use of my studio time and the availability of the facilities at the Institute. Things also tend to take a bit longer, and after a certain point I had just heard it all too much, so it was tough to tell if it was going in the right direction at times. The quicker you get things done, the better, and some of my mixes were going through slight tweaks over the last 2 to 3 months, which made it difficult. A lot of the lyrics I wrote really last minute and the songwriting is definitely something I want to improve on upcoming projects. I did most of the production work and playing instruments but also had other people working on this project.

How about the collaborations on the project?
“Working with classmates was a great experience. Eugen Cochin did all the vocals, Fabian Brummel played bass on ‘Swimming in the Sound’, and Tyler Jones did lead guitar on Head Rush. My childhood friend Adam Liske did the solo on ‘Other Side of You’, and my old bandmate Nathan Tetzlaff played bass on ‘Coming Down’. They all knew me well when we worked on it and I also really wanted them to be able to take their creative liberties. This is really important for me when working with others. It’s a collaborative effort, that’s why I asked them in the first place. If I had something specific in mind we would work it out, and I might have had some specific requests, but beyond that, I wanted them to do their thing. The vocals were quite challenging because the sessions were speedy. I was writing a lot of the stuff just the night before” which he explains laughing, “and Eugen had to learn them on the spot during the session. That’s something I’d approach a bit differently next time. But everyone was a gem to work with, and they really took it to the next level for me. I do have a goal to bring more people on board, just because I can only get Trip so far. Working with other people always take things to new heights. Overall I’m pleased with the results, but I’m always looking to get better though, and I know my next work will be better.”

When did you start making music?
Music and production have been a really slow progression for me, but I started drumming when I was probably about 7 or 8. I started live mixing when I was 12 or 13, and recording followed shortly (even though it was shit for a few years!). Guitar and keys and all that jazz kinda came at various points.

What did you do before studying at ARI Amsterdam?
Before I started at Abbey Road Institute, I was a student at the University of Wisconsin-Fox Valley for three semesters. But I decided to quit when I heard about Abbey Road Institute. I then started working at a restaurant full time to fund my Abbey Road Institute journey, and I also would mix for a few local clubs and video companies like NASCAR.

How did your study at Abbey Road Institute help you in regards to your songwriting, producing and the album?
It’s hard to say precisely how the Institute changed the way I do things because it changed the way I do just about everything. I’d say when it comes to music, I have a much better understanding of how everything fits together. I prioritise certain things higher than others, like songwriting for example. But really I think I see everything much more in a bigger picture now. I’d say I already knew quite a bit about sound and production going into it, but the Institute sort of filled in gaps and levelled everything and assured me that what I knew was legit, or made me ditch specific ideas.

(text continues under the image) 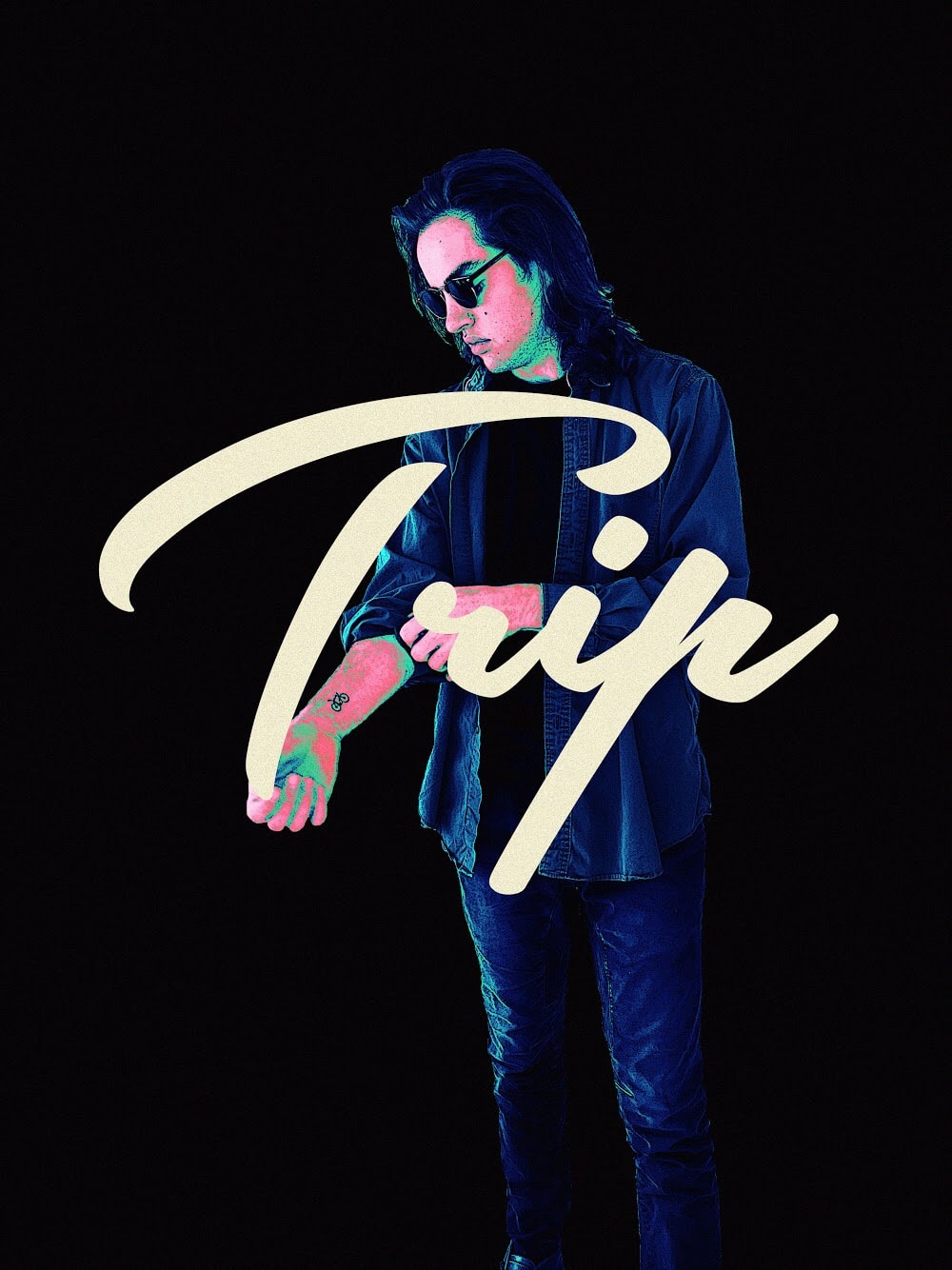 So where does the name Trip comes from?
Good question…to be honest, I don’t really know where it came from. I’ve always been a fan of the word I think. I was driving down to Milwaukee, and I thought of it, and the more I thought of it, the better it became. I do like things which have double meanings and stuff, and Trip just seemed right with my sound and the potential it has. Also with some of the visual elements I’ve been messing around with it works really well. I think there is enough substance for it to last a bit. And if some of the lyrics may or may not be about tripping and whatever that word means to the listener, it’s all good.

What are you currently working on?
Lately, I’ve been working on the promotion for Trip and the album, and really trying to get my social media and fan base going. I’ve also started to write some new follow up material!

We’re looking forward to that! And as a final question, what are your future plans?
Plans for the future would be getting a job in a studio (hope to have some news about that soon!) and then just keep going with Trip and producing and writing new music. Also just a bit further down, conquering the world and winning a Grammy or two is on my to-do list. He explains laughing.

Thank you Ethan! Looking forward to hearing more from you.

Abbey Road Institute Masterclasses at Dancefair 2019
Jack Antonoff: bringing brutal honesty back into pop
Download Prospectus
Download the prospectus for our course: Advanced Diploma in Music Production and Sound Engineering.
Categories
Recent posts
13/05/2021
Meet our Alumni: Gilles van Wees
Read article
23/02/2021
Educational design with Roel Verberk
Read article
02/12/2020
My favourite album
Read article
This site uses analytical cookies to improve your experience on our website. You can read more about our how we use cookies in our privacy policy. Please accept to confirm we have your permission to place additional tracking cookies:YesNo