Amsterdam graduate finds his path in Post-Production at Galaxy Studios

As part of our programme, students visit several professional studios within our network. Galaxy Studios in Belgium is one of them. Galaxy offers high-end facilities and services dedicated to the fine arts of film, music and sound technology. Working at a facility like this is only for the chosen few. Starting as an intern and now having a fixed position at this massive studio complex in the countryside of Mol, Belgium, Fabian Brummel, a graduate from Abbey Road Institute Amsterdam, made it happen. We interviewed Fabian about his experience so-far and to learn more about what the shift from music to post-production entails.

A path to post-production

Meet Fabian Brummel, aged 27, born in New-Zealand, grew up in Vaassen (Netherlands) and graduated the institute in 2018. He is a bass player, played in the band Orange Fox and recently found his path in Post-Production for Film. We met up with him at Galaxy Studios on a summer afternoon in July.

Hi Fabian! Tell us a bit about your role at Galaxy?

”So at Galaxy Studios, I work in the post-production department, where I’m the sound editor and mix technician/engineer. This means that I’m very flexible, doing dialogue editing, effect editing, foley editing… basically a lot of editing” he says with a smile. “I’m also responsible for supporting external mix engineers who mix their projects here at Galaxy. In this role, I assist them technically and make sure their workflow goes smoothly. Last but not least, I also make deliverables (requested video and audio formats for clients) for whatever is needed. Basically, you can say I’m the junior at the post-production department.” 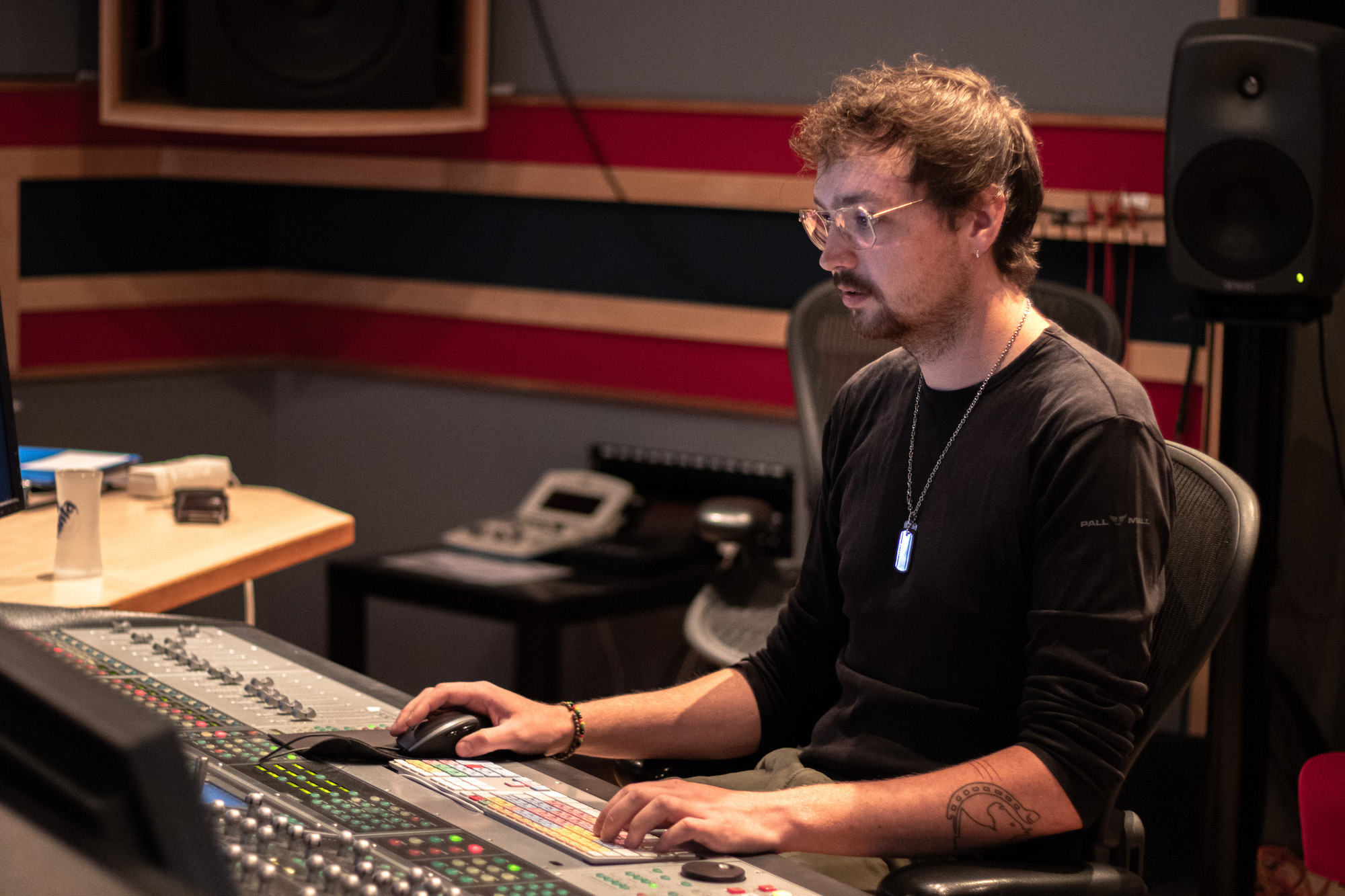 How did you get there? How did it all happen?

“I’m a bass player, and right after graduating from the Institute, I came here at Galaxy as a music intern within the music department. At a certain point, I helped out for a project in the post department, and I really liked it. But most importantly, they also liked what I did. I love the diversity in audio for film, because it’s a bit more technical compared to the music part, but at the same time, it’s still very creative. Based on that project, they offered me a job at the post department here at Galaxy.”

What kind of project was it?

“That project was a short film for a company, which I can’t name because it hasn’t been released yet. They needed a voice-over, and they asked me to do it because I was here. I did that particular voice over with the client, and soon after that, I started editing more for that film, recording foley for it, which I really liked. Recording foley and sound effects are really hands-on jobs and very much ‘being in the moment’. You have to come up with creative solutions to create sounds from scratch, which has an interesting dynamic. You have to look at how the sounds work in the film, which effect they have. There are some set boundaries, but within those, you can go crazy.”

“Most certainly! So they told me it was going to be a short film, which included the Monster of Loch Ness, and that the director wanted a really unique sound for the Loch Ness Monster. That same night I was walking around the kitchen at Galaxy Studios, and I was hearing a bizarre and weird sound. It was kind of like a high shriek, and I didn’t know what it was. So I went investigating, and it turned out – after a couple of repetitions – that it was some kind of fan in the freezer. So I recorded that with my mobile phone and started editing and layering it.”

Here are the before- and after sound effects:

“The funny thing is that the director was amazed and reacted very positively. For him, it changed the monster from male to female, and he really liked that turn of events.” 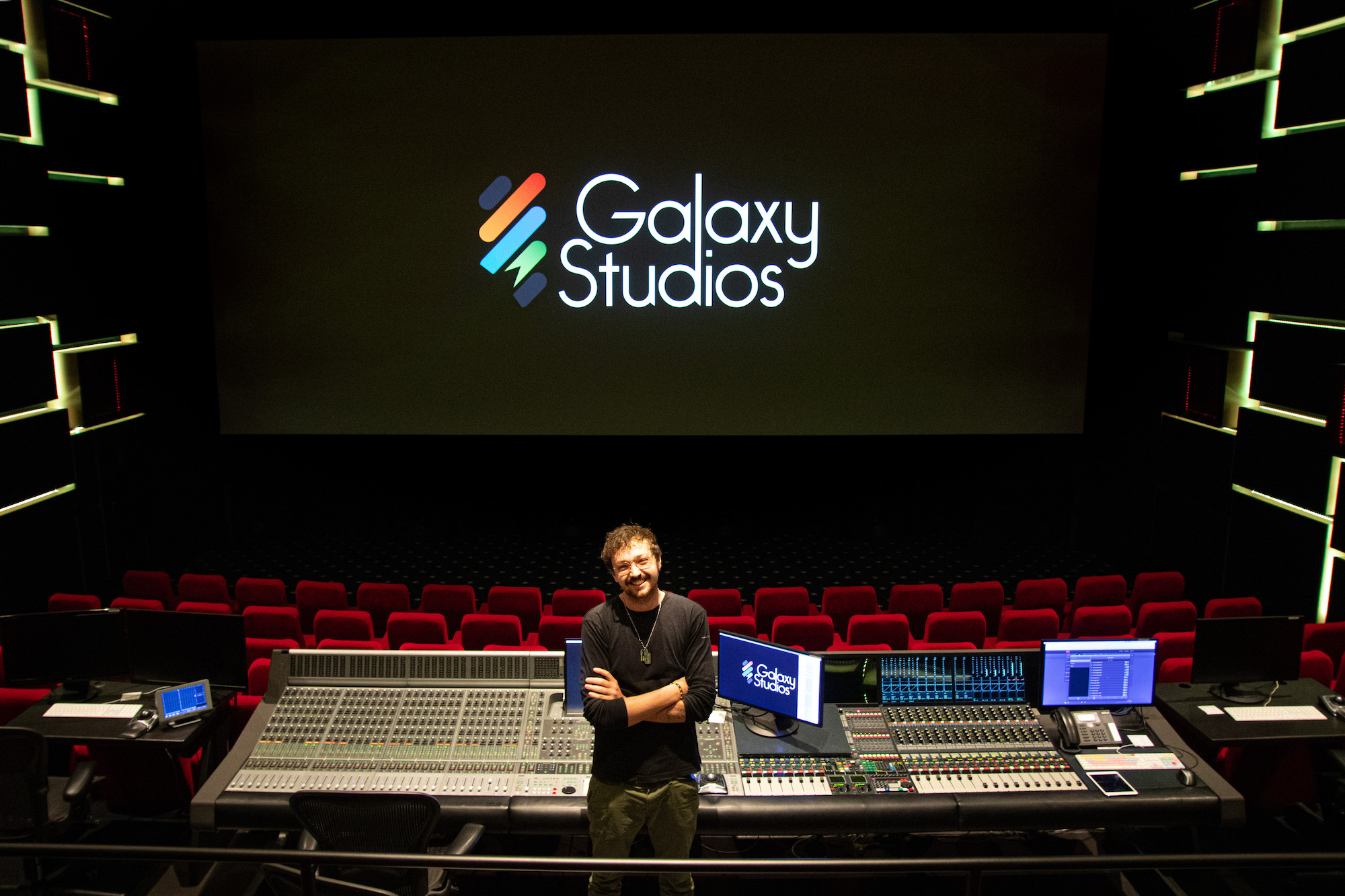 What are you currently working on?

“I’m currently working on a dialogue edit for an American feature film – of which I can’t say the name at this moment – with some pretty cool actors and actresses. Actually, it’s with my most favourite actor’s daughter, and she’s absolutely killing it. But I really can’t say more about it at this particular moment. As soon as it’s released I will let you know” he says with a smile. And as soon as it’s released we will of course post it here 🙂 .

Deal! We’re always curious about personal highlights. What are yours so-far?

“As a teachable moment: I had to deliver stems for a project, which I started right away, finished in two days, and sent it to the mixing engineer. However, one week later, the director called. He was really pissed because he still didn’t receive my work yet. It turned out that nobody had informed him about the delivery. I assumed that the mixing engineer would have done that, which he obviously didn’t. This whole event almost made me lost my job for that film. What I learned from that is that communication is vital. From that moment on, I make sure that I cc everyone involved in the project, to make sure there is no miscommunication. Besides that, I send a daily report of my work to the supervisor and other relevant people involved. Short and to the point. This is something you shouldn’t underestimate. It sounds like a cliché, but it’s true: communication is key!”

“One of my highlights: Definitely the first premiere of a film I worked on. Seeing the crowd’s reaction on something you’ve worked for two months straight is magical. I met some fascinating people during that event and some key figures in the business. Another highlight is the film I’m working on now (soon more!).”

Anything you didn’t expect?

“The amount of work that goes into the whole process of audio post – especially for a feature film is insane. Basically, you can divide it as follows:

He adds, “It’s an impressive amount of work, but I love what I’m doing. It’s a combination of creativity and the technical part of it. It’s quite advanced, and I have to dig deep, using a lot of different tools and having to know a lot about the specifics of delivering audio for film.”

How did the course at the Institute prepare you for this job?

“Partly, the Institute got me this job because I learned that being there and willing to do anything, grabbing every opportunity available is what puts you in the picture and makes people positively remember you. Especially the rule of not being a douchebag! That’s besides getting the obvious theoretical and practical knowledge, of course. The opportunities presented by and at Abbey Road Institute are precious, it gives you the chance to keep pushing your boundaries and exploring your limits. Thanks to Abbey Road Institute and the fully installed Auro 3D setup, I had the opportunity to do projects with it. The sky’s the limit!”

What are your next steps?

“For now, I’m trying to gain experience and work on many projects, building a portfolio. Besides that, I’m willing to work in as many roles as possible in post-production. Dialogue editing, mixing, etc., etc. At some point, I will try to focus on a specific role and mastering that. But for now learning as much as possible, broadening my horizon and figuring out what works best for me.”

Thanks, Fabian! It was a pleasure interviewing you and learning from your experiences in Post-Production. Wishing you all the best and we’ll keep following you. 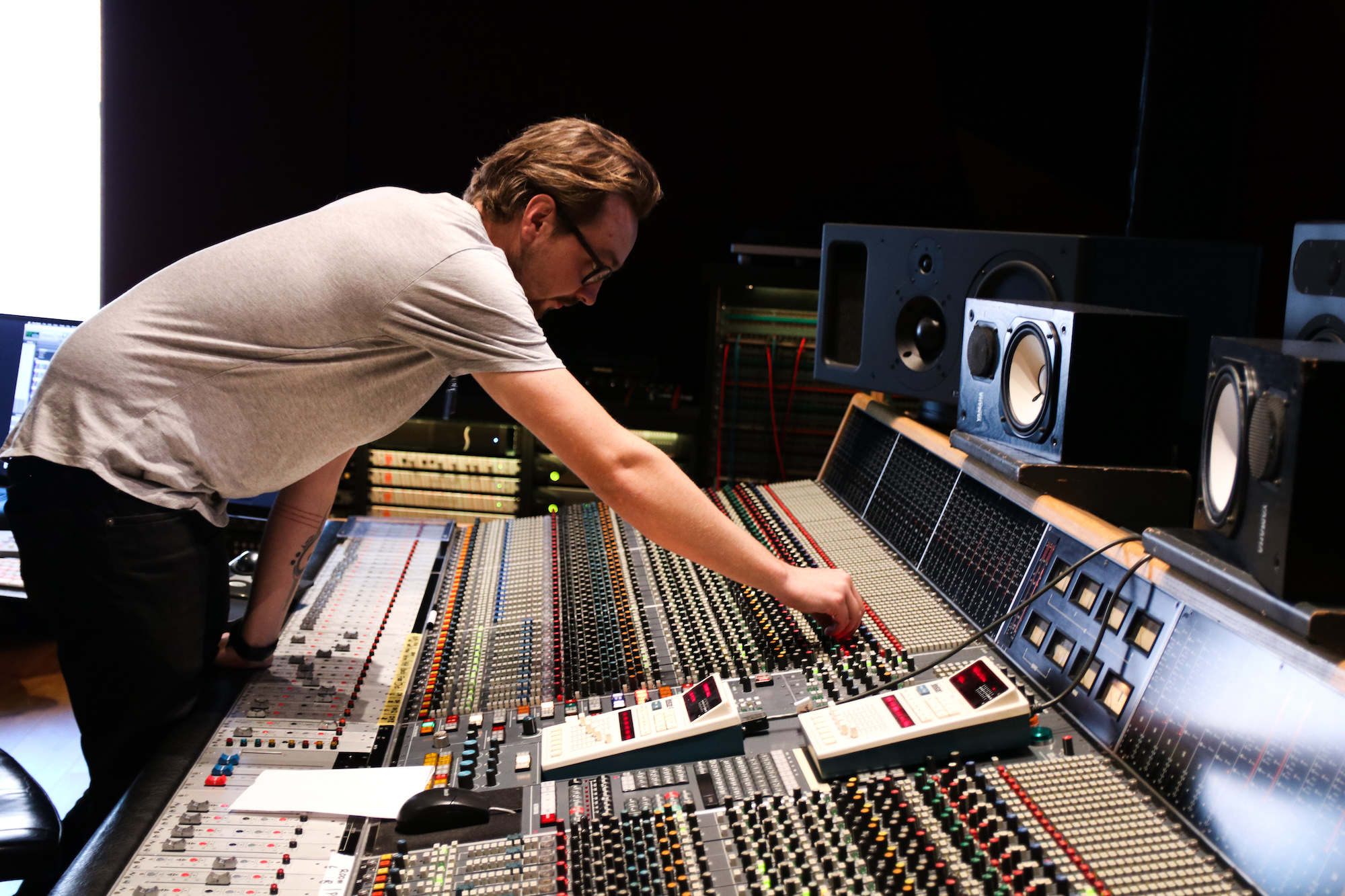 Fabian mixing on the Neve VR in Studio 1 at Abbey Road Institute Amsterdam.