We have received an incredible response to our mix competition during Muzikantendag last Saturday at Q-Factory Amsterdam. So we decided to put the mixer online for everyone to use! We tweaked it a little here and there and added some more features, but the principles remain the same.

Basically we created a widget that allows you to create your own mix of a multitrack, by using EQ, compression and reverb. For this one, we needed an exciting track to make it fun for you to play with. Of course we got one, and not just any track.

The late Ex-Fleetwood Mac guitarist Bob Weston recorded an album at Markant Recording Studios in the Netherlands in 2008. Unfortunately, the album didn’t get released, but fortunately for us, we got to use the multitrack for our interactive widget. It’s from the song called Tangled Dreams. 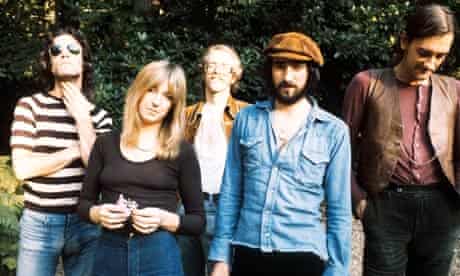 Goal
What we did is, we first opened the original session and consolidated the instruments down to 9 separate tracks. Then we made our own mix in the browser, which became the reference. The goal for you? To come as close as possible to this reference.

At the top of your screen, there is a toggle which allows you to switch between these 2 “mixes”. You can also constantly switch between the two, by pressing Tab on your keyboard. Below, we will explain the widget a little more.

Functionality
Reverb
An impulse response convolution reverb, on a post-fader send. Turning up the knob increases the send to the reverb.

Compression
A standard dynamic range compressor. Turning the knob counterclockwise reduces the threshold (dBFS). The attack is set to 10ms, release at 250ms and a ratio of 8:1. And we have incorporated an auto makeup gain.

Low Shelf EQ
A low shelving equalizer with a cutoff frequency of 300 Hz. You can cut and boost this up to 12dB.

High Shelf EQ
A high shelving equalizer with a cutoff frequency of 5kHz. This one, you can cut and boost up to 12dB.

Compatibility
We definitely recommend the Chrome browser for this and preferably one of the later versions. That said, Safari and Firefox should work too, but have a higher CPU load, which could cause glitches.

We can also advise that you use a larger screen so you can comfortably change the settings. An iPhone, for example, will make it much more difficult.

Finished
When you think you are done with your mix, you can click Finish in the right bottom corner to immediately see your result. Feel free to comment your score below. We sure hope to see some people getting the 90% score. And of course, we always look forward to getting feedback, so don’t hesitate to reach out to us.