We love music documentaries! From the inspiring life journeys of renowned artists and producers to the musical inventors and thinkers that shaped the soundtrack of the music industry. Yes, often they feel like poetry and nowadays, the number of music docus can be overwhelming, making it hard to pick one. So, we thought we could help you a bit to get started, by creating a must-see music documentary top 10.

For this list, we asked our staff in Amsterdam to share their favourite music documentary and explain what makes it so special for them. We started sharing their entries on our Facebook Page and soon realized it would be a nice idea to collect them in a blog article. All in one nice overview, created by our staff members and guest-lecturers. Here you go!

The first one is from Milou Derksen, Marketing & PR | Student Relations in Amsterdam. 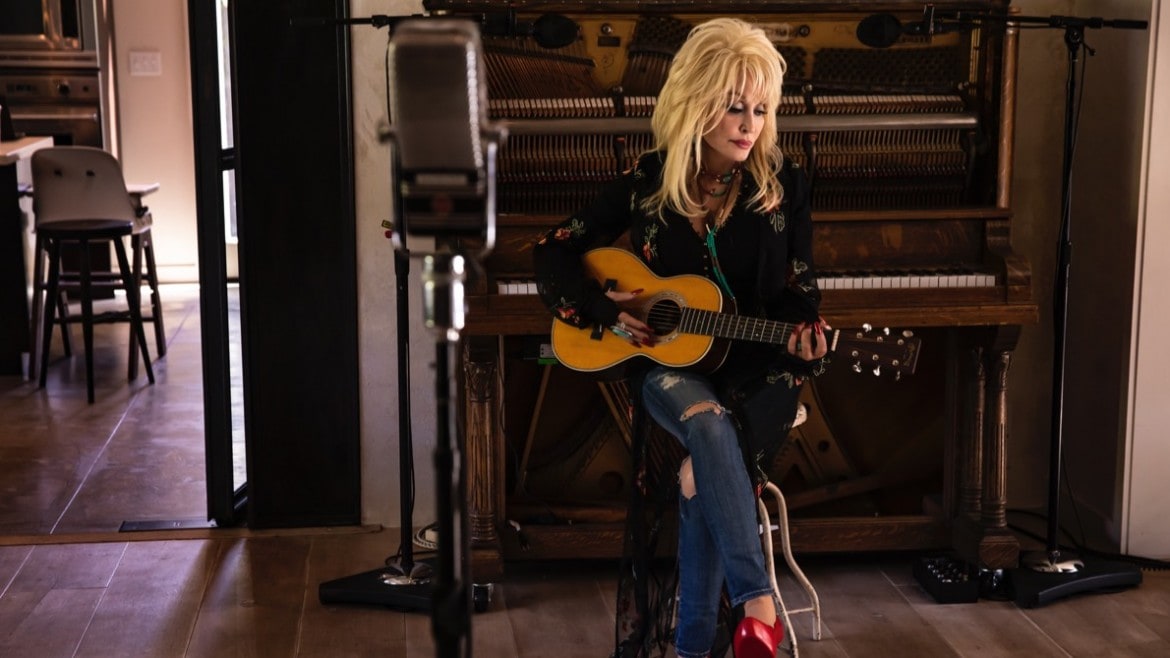 So what makes it so special? “Dolly Parton is an absolute class-act and the ultimate music professional, from whom we can all learn. If you know about her reputation but don’t really know her story, this documentary shows how iconic and legendary Dolly really is! Besides a talented artist, she is also a businesswoman, who built herself as a brand, without losing her ability to stay creative.”

Go check it on Netflix

This is Spinal Tap.

Number two on the list is from Anthony Maes, audio lecturer and sound engineer:

This is Spinal Tap. 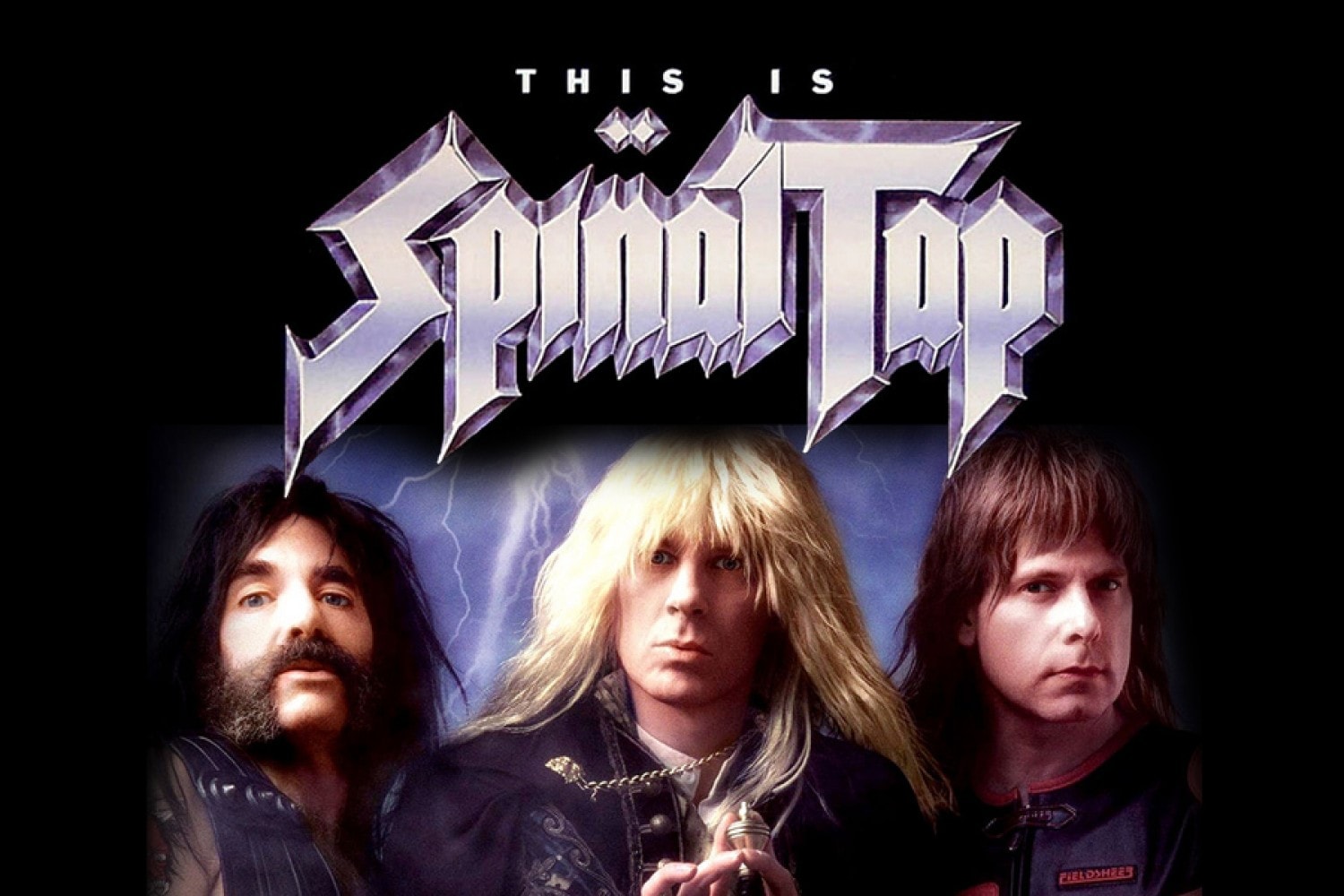 This is Spinal Tap Music Documentary

“First of all because it’s fun and secondly because: don’t take it all too seriously.”

“This is Spinal Tap is a 1984 American rock mockumentary film and is hilarious to everyone who’s a musician and who is not a musician. Because for as ridiculous as it gets, this comedy gnaws at more truths than any other rock ‘n’ roll biopic ever put to celluloid. Watch it and you will know!”

In some countries, this ‘mockumentary’ is available on Netflix. Otherwise, you can check on Amazon Prime.

There is no band that has not experienced a ‘Spinal Tap moment’, no matter how self-aware they might be.

As Tap themselves put it: “It’s all a joke, innit?”

Have fun! We love this one too Anthony 🙂

Number three! Here is the entry of our audio lecturer and music producer, Nick Ribbens! 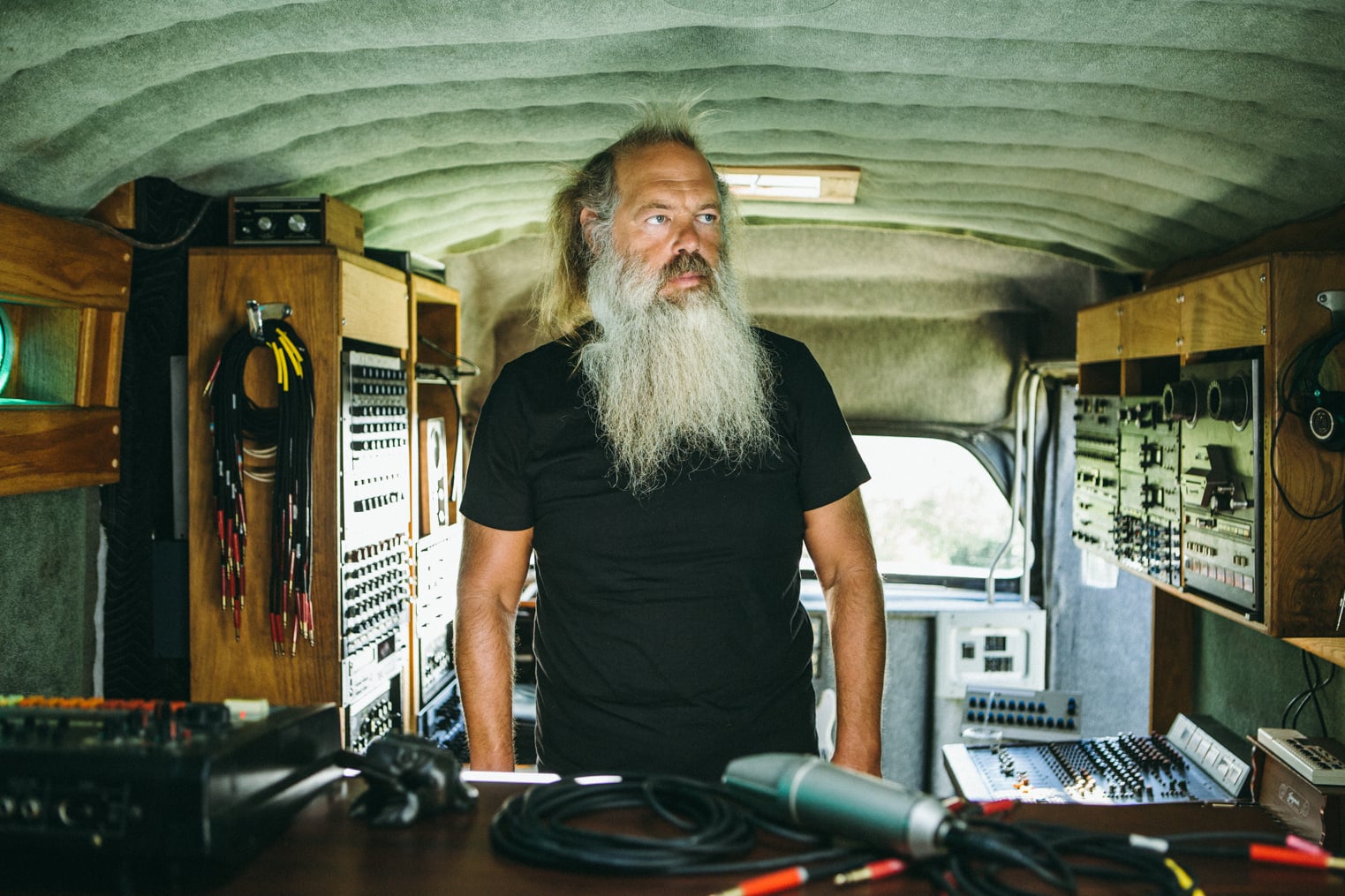 “Rick Rubin is a legendary, one of a kind music producer. The four-part documentary shows the history and philosophy behind Rick Rubin and his studio Shangri-La through flashbacks, conversations and recent in-session footage.”

“As a notorious ‘hands-off’ producer he shares great insight and perspectives on music, life and what being a producer means to him.”

Picture, courtesy of Showtime: Bob Dylan’s former tour bus sits in the yard of Shangri-La. It has been converted into a workspace where Rubin reveals the Kanye West album Yeezus was mixed. 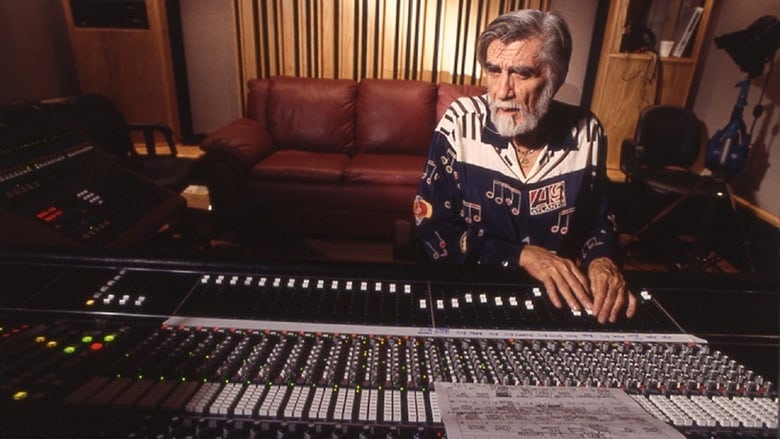 “Tom Dowd was not just a legendary recording engineer but a skilled musician and composer too. In this documentary, you see the finest of artists, the history of recording studios and hear some amazing music. All narrated by the late Tom Dowd himself, who had to invent some of the equipment we are using today. It makes you appreciate the art and history of music production before the digital age!”

Dowd is credited as the engineer who popularized the eight-track recording system for commercial music and popularized the use of stereophonic sound. He also pioneered the use of linear channel faders as opposed to rotary controls on audio mixers. He devised various methods for altering sound after the initial recording.

In 2003 director Mark Moormann premiered an award-winning documentary about his life entitled Tom Dowd and the Language of Music.

Watch it on Netflix (UK) or Amazon Prime.

Next on the list, we asked our Managing Director & Head of Tech, Jasper Derksen for his all-time favourite. And obviously, it can be only one: 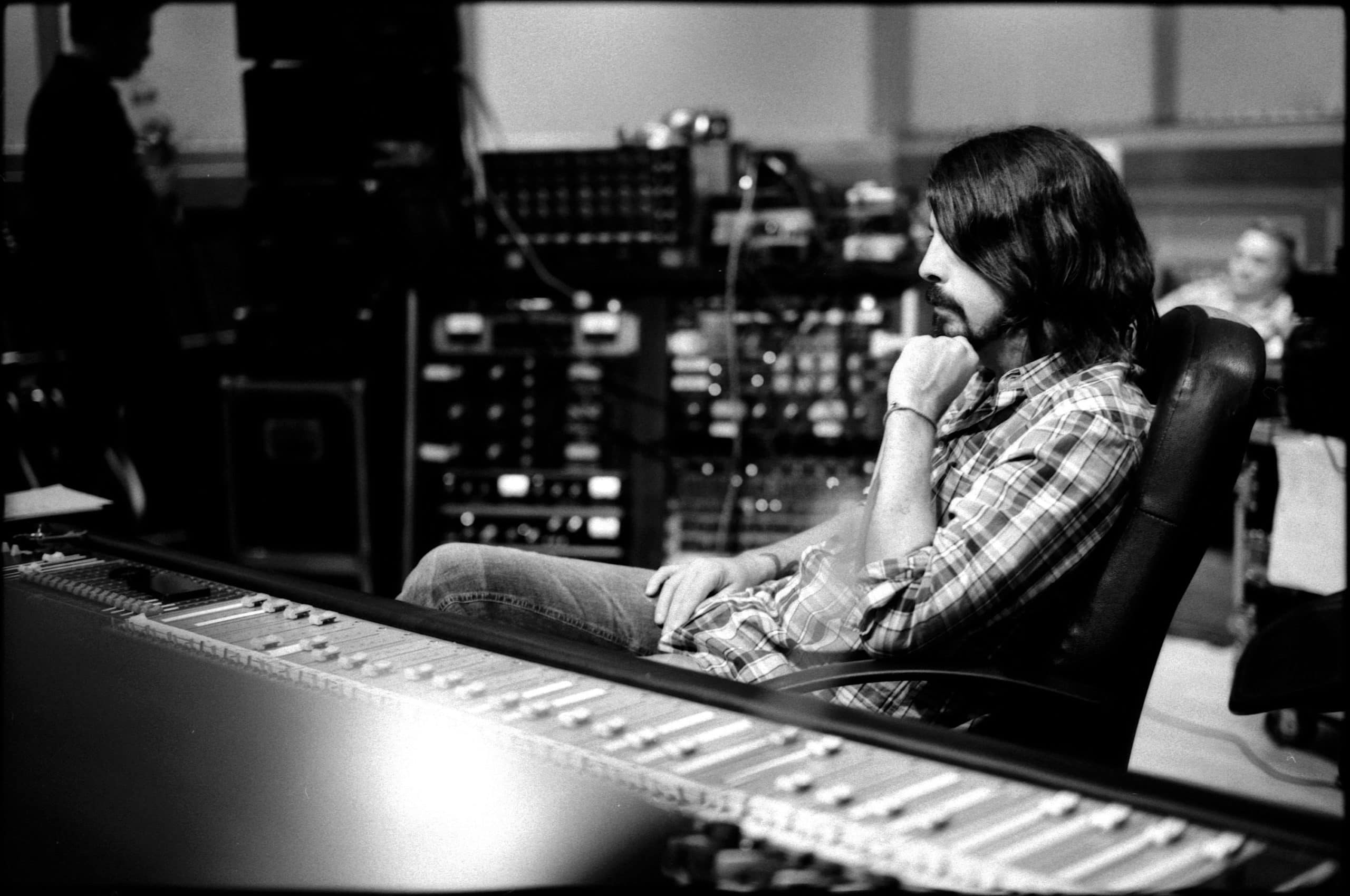 “What can I say… History of proper rock-n-roll studio Sound City! In this documentary, Dave Grohl celebrates the analog sweat that goes into making music and highlights his personal connection with the studio. Lots of talk about Sound City’s legendary Neve console, the Live Room’s iconic drum sound and a lot of dissing modern-day equipment, it gets to the point where it’s quite humorous!”

“With absolutely great archival footage that takes Sound City from its 1970s glory days, when Fleetwood Mac recorded Rumours, through the 1980s, with Tom Petty and the Heartbreakers, Rick Springfield and Santana, and the 1990s surge that came with the sound of Nirvana’s Nevermind.”

Available through many streaming services. Let Google be your guide for this one.

It’s time for number six on our Must-Watch Music Documentary list! This weeks entry is from Dennis Beentjes, our social media coordinator and personal branding lecturer. 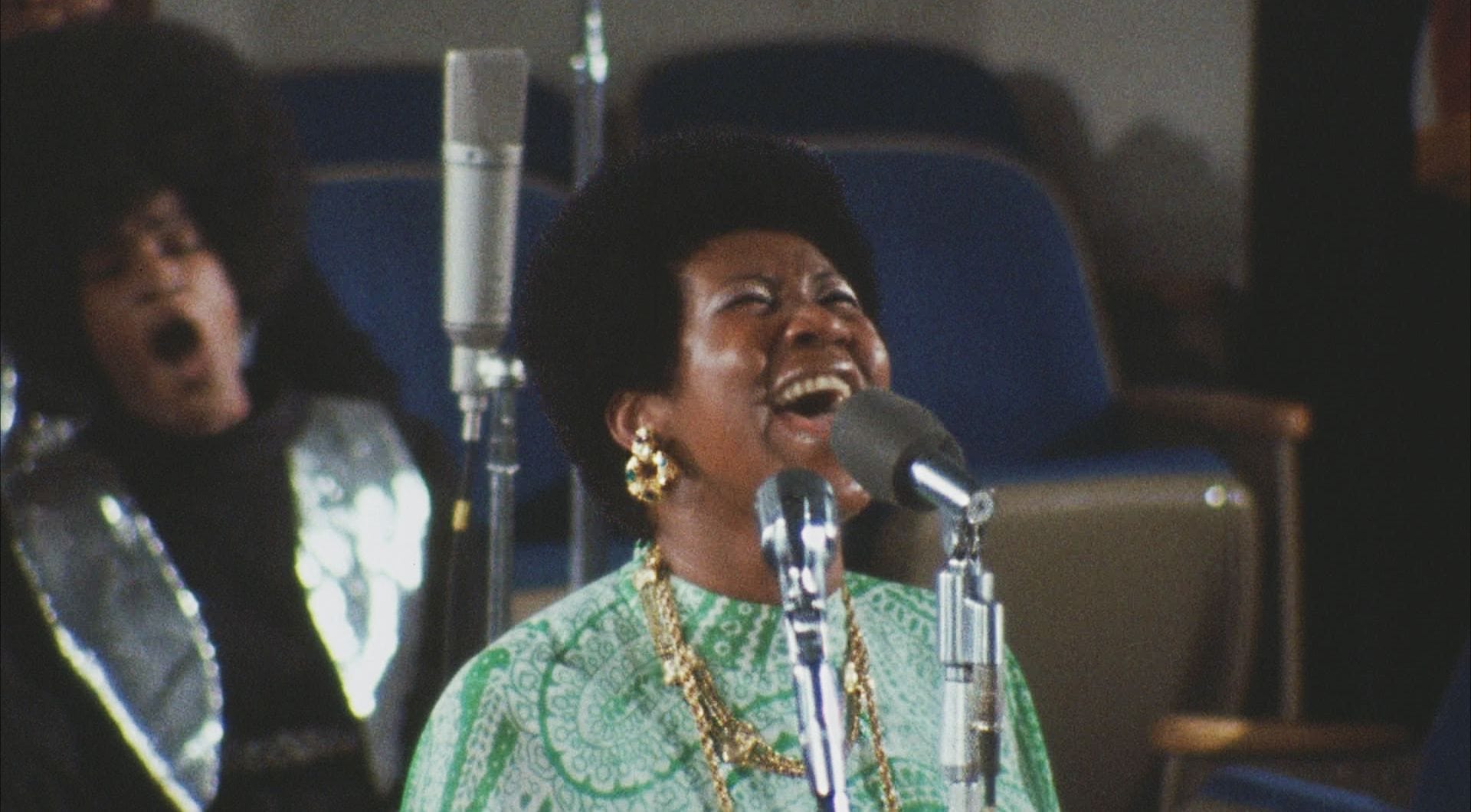 “This music documentary is about Aretha Franklin. It’s a testament to the late singer’s iconic voice. But there are so many layers to this documentary. It’s about authenticity, location recording, mastery, but most of all, about the power of music. How music moves us and conveys emotion. What happens during that recording is magical. In this movie, you see Mick Jagger and Charlie Watts hanging out in the back of the church, who was in LA at the time for a recording. Like everyone present, they got whipped up in the ecstatic devotion of the performances.”

“On the peak of her career, Franklin decides to record an album that goes back to her roots, where it all began; Gospel. It was recorded in a church in Los Angeles and became Franklin’s biggest-selling album. The album release and filming happened in 1972, but the final movie was released 40 years later. Why it took so long to complete is already a story on its own. Definitely worth watching!”

Amazing Grace is available on Amazon Prime. In the Netherlands, you can watch it on CineMember, Picl and Pathé Thuis.

For number seven, we asked our lecturer, mastering engineer, musician and analog synth doctor, MarcoAntonio Spaventi, for his favourite documentary.

“There are a few classics like SoundCity and Manley lab, I mean Soundcity is just a very very awesome docu! If nobody had mentioned it already, I would have gone for it.” (See the previous entry.) But let’s do something geekier this time:”

“A cool documentary about the electronic music revolution in the UK, obviously driven by synths and electronic instruments. Definitely a must-watch! And it’s available on Youtube.”

About the documentary: This documentary follows a generation of post-punk musicians who took the synthesiser from the experimental fringes to the centre of the pop stage. While punks wanted to rip everything up and start again, synth artists, it seems, were more concerned with reflecting on what was going on.

Kraftwerk’s appearance on a BBC science programme had an enormous impact on the musicians who would go on to define British pop for the next few years. An enjoyable documentary in which electro-pop luminaries such as Phil Oakey from The Human League spoke of how that seminal TV appearance convinced him to forsake guitars for the synthetic sound of the future.